RGB Balkan Arts Festival invites artists, photographers, film directors and designers to submit their proposals in order to participate in the “Balkan Ponraits: Post Modern Roots” exhibition that will be held in Greece and Romania, at the Art Museum, Palace of Culture, la*i (27-29/6) and at the Folk Life & Ethnological Museum of Macedonia & Thrace, Thessaloniki (1-15/9).
RGB Balkan Arts Festival is a new institution discovering and promoting digital and digitized Art “in present time” produced in the Balkan’s region. This year’s theme focuses on the discourse between Crafts and Contemporary art.
Crafts are the bonds between concept and technique in the Arts, the link between hand and mind in everyday life, but also the connection among culture and identity between people and countries. In the Balkan region, within countries societies similar arts & crafts techniques have been developed. The materials used, have been connected to tangible cultural heritage, representing the regions identity and are appearing often in local rituals carrying out symbolic meanings. In the age of mass-production, traditional handmade crafts have limited production, while as professions and techniques are dissapearing often without any documentation left behind.
On the other hand, demand for hand-made products in urban markets has began to rise. More and more industries and designers seek to get inspired and discover old techniques and become interested to incorporate them in their production. At the same time crafts have moved beyond the territory of their function. They claim a space in contemporary art where we may meet objects made with traditional techniques, created to be viewed rather than to be used.
Arts & Crafts are the spine of folk art and a way of life in extinction, but in the context of Contemporary art and critical theory they are alive, raising questions in the field of gender, capital, ownership and postmodern theory.
Artists, Photographers, Film directors and designers are invited to submit their works following one of the two curatorial perspectives stated. The first is about documentation and artworks based on archives about Arts & Crafts in the Balkan countries and the other is concerned about artworks and design works that reclaim Arts & Crafts in Contemporary art. Both percpectives are encouraging participation of digital or digitized artworks meaning artworks displayed in digital form or being realized using digital technology.
Up to 5 proposals artworks can be eligible by each participant, wherein different mediums of expression are employed and please submit them at the e-mail address: [email protected] deadline the ‘1 st of June 2019.
Senior fine art students are welcome to submit their proposals too.
For the submission is necessary: a) short C.V. b) images or video of the artworks accompanied by their technical description at a short text and c) a small explanation text for their proposal.
Deadline: 1 st June 2019
The result of the selection will be communicated until 5th of June 2019.
Project Curators: Andreea Foanene (Ro) Georgia Kourkounaki (Gr) and Yorgos Taxiarchopoulos
This project is supported by the Goethe-Institut and the Project Fund of the Cultural Management Academy in Sofia, Bucharest, Thessaloniki and Serajevo.
GOETHE
INSTITUT 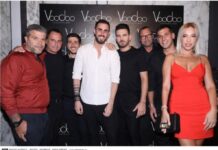 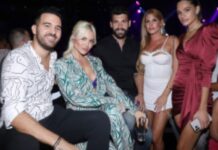 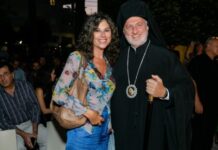 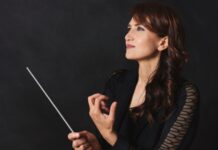 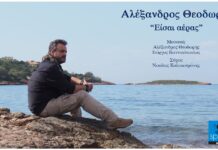