In search of a choice. Question eight

The one who is not able to learn from others does not remember his own words, which he contradicts.

How to cope with so many introductory and contradictions?

Undoubtedly, it is impossible to fully reveal, see all the development options, predict and evaluate a new trend in art within the framework of several articles. Although, it is not much easier to assess the trends and trends of the art of the past, even after dozens of studies, hundreds of articles and thousands of publications. So it is still impossible to say that society is absolutely unanimous and unambiguously refers to the avant-garde, supremacism, impressionism or even classics. Most people judge by the principle of “beautiful” and “ugly”, blindly praising the advertised masterpieces of the past, not always understanding their values.

Is it possible to say that in this case art is determined only by popularity and the talent of the author, his ideas, innovation and thoughts invested in the work have no role? This is not possible, because if society thought only this way and the authors followed the same principles, then we would never have said about the genius of Van Gogh, Dali, Malevich and others, as we would not have known about them at all.

However, to say that there are only rebels and rule breakers in art is also not correct, there are quite a lot of examples of effective and successful successors of certain trends, the result of their work we can see in the form of neo-classics, new avant-garde, etc.

It turns out that on the one hand there is art, and on the other there is not? Because these are both rules and their violations, and it is probably also not possible to say who is more correct, stronger and more influential in this.

Maybe art should be contradictory? Make the thought move, doubt, worry, argue and defend your point of view, strive for new things, for individuality, for an ideal and a dream!

But how to cope with this, to understand what is right and useful for art, and what is not? What can be the way out for the author (writer and artist)? Are there tools and principles to create something new?

First of all, there is no need to be afraid. There can be no mistake in art and literature. There may be unacceptable topics or ways of presentation, rudeness or primitivism, but this is more of an ethical issue indirectly related to art and in most cases not noticeable (for example, obscenities in paintings or swear words in the works of famous authors). In addition, so far no (really famous) author has become famous due to such a manifestation of creativity (there may be some controversial examples that may claim exceptions, but they will not be so when analyzed in detail).

The next possible tool may be detailing. “Life is a chain, and the little things in it are links…” this old English saying is true for art, it is precisely due to these little things that one or another current in art and literature is formed. If we move away from the details, then in general we can come to the conclusion that any painting is a set of colors; any text is a set of letters.

Continuity can serve as another important tool. It is present even in the question of introductory and contradictions to the current in art. For the formation of Impressionism, Surrealism and other trends, the already formed rules and principles played a huge role, from which they rather pushed off than simply violated.

Therefore, for a new trend, the skill or property of accepting this introductory and independent development is extremely important. To look at them, not at “enemies”, but rather a “hint” or “key” to a particular era and field of knowledge. Do not forget about the importance of obtaining new knowledge. You can’t see the future without the past. In a sense, the art of the past is like vintage glasses through which you can see the image from the laser projector of the future.

The answer is simple – choose. To choose the past, to choose the future, to choose their interaction and cooperation within the framework of one current and one philosophy. The art of the future is the art of choice, which lies in the name of this trend. But to choose not by substitution, but also by generalization, to be able to treat with an open mind absolutely opposite objects in order to build something new out of them.

Choism will fully cope with these tasks and will be able to present new opportunities and wonderful works. Its dynamism and the need for it will be able to extinguish possible shortcomings, contradictions or difficulties that arise.

In conclusion of the article, let’s move away from the subject of art and talk a little about the authors who create it. Contradictions are born by people, and people should resolve them. What kind of distinctive features will these choists have?

Of course, the fate of the new trend will depend on the people (authors) who choose choism and will be ready to work within its directions and formulations. Perhaps the distinguishing feature of such authors will be the desire to move forward. In their own way, they will be new people who are able to rethink the old, accept it, but not use it as a guide, but only as an example, a kind of raw material, in order to avoid mistakes made earlier and with the maximum possible positive use of the achievements and victories of the past!

In many ways, art and literature are similar to a living being, or rather a person. It doesn’t matter if you have long legs, short hair, tattoos or lop-eared ears, a person is beautiful in the way he lives his life! Such continuity exists in literature and art, as a product of the work of generations of authors and readers (viewers).

Each current in art is unique in its own way, but the authors make it so unique and alive. And in this case, how can we say that one current is good and beautiful, and the other is not? You can also judge the appearance of people and probably everyone, if they could choose, would choose the most beautiful and ageless appearance, model, just ideal! But this is not possible in the real world… And what is possible? Life has such a property – to be happy and strive for the ideal! To live with a wide stride, regardless of the criticism and appearance of others. And what will something that is already “conditionally ideal” strive for?

There is also such a property of trends in art (the fate of Impressionism can serve as an example), but it applies only to living forms, that is, art should not be beautiful, not correct, but first of all alive!

And in general, it turns out that any trend in art, as well as any fate in life, is a matter of choice.… 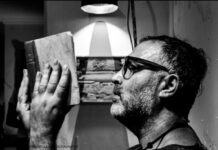 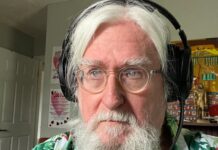 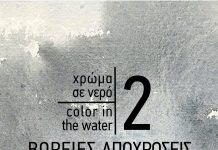 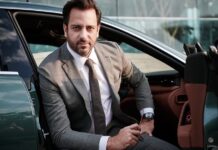 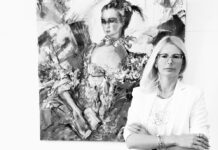