Mani with her two coloured eyes wears many hats with her incredible talents as a model, actress an anchor journalist If eyes could speak then, the world would have run insane for listening to some of those rare people’s eyes who have “congenital Heterochromia iridum”.

Today we will talk about a rare thing. Why Rare because out of 1000 people, only six of them get it. For the girls whom we are writing is not a disease; it is a god gift. Yes, the gift of two colour eyes.

Her right eye has a brilliant shade of hazel, which is a fantastic combination of brown-green while her left eye is a spectacular chocolate brown colour.

Karishma Mani born on 7th March 1990 hails from Adipur, Kutch Gujrat & is gradually making a name in the whole of India with her not just her exceptional eyes but the extraordinary talents she possesses.

This young girl is not only recognised for her unique eyes but is also making a name for herself by holding several records for the related.

Not just this, Mani is also garnering name & fame by being an actress as she keeps getting several offers as a model, actress, journalist & a host.

She is also a press reporter with GTPL Live Gujarat News as well as with Maa News, Tahelka news, Republic india today news Adding to her merits, Mani has been even a Gold medalist of Kutch in 2010 in English Literature.

Till now the young girl from Kutch has already worked in two films; “Vardhan” & “Duniya Dil Waran Ji” for which she has also been bestowed with awards.

She has also received an award for being the best anchor of Kutch & Sindhi Film Actress.

She is the perfect example of beauty & grace & for that soon she could be seen in many TV shows, serials & more films.  Recently she got featured as a model in world famous coffeetable poetry anthological book name words come from soul in whicha national international and world record holder poets wrote poem on her beauty. 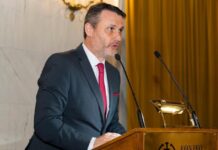 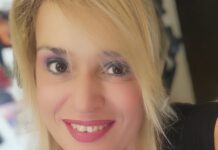