At what age did you start painting ?

I started drawing at about age 3. I didn’t really use paint until I was about 8-9. My parents had a Native American craft business which I did things for. I started and stopped over the years, focussing heavily now on painting since 2013. I think both kind of artists can exist in the sane person, born and become.

What word expresses you as an artist ?

I like to say I “came out” as an artist.

It was a word I didn’t come to terms with until my mid 30’s. Do you feel “inspired” before you create ?

I go through intense spirits of inspiration and then intense need to rest.

How would you describe yourself as an Artist ?

A word to describe me artistically: curious… in all its connotations. What are your future plans ?

My future plans are to work in new areas of creativity. Movement and live storytelling are very interesting to me right now. Ultimately I’d like to make a film.

Faracy Moon Grouse is an artist based in Edinburgh. Originally from Minneapolis, Faracy arrived in Scotland by way of a decade in Spain and England. Her parents ran a Native American artefacts business, and she grew up surrounded by beadwork, buffalo hide, and art produced on Indian reservations.

She frequently assisted her parents with both the restoration of antiques and the creation of replicas, and her paintings today show clear influences of Native American art, in particular that of the Pacific Northwest. She has been working as a professional artist since the age of 5.

Faracy also draws inspiration from a lifelong interest in Eastern European culture and her Ukrainian and Lithuanian heritage.

Many of her paintings recall the icons of the Orthodox church. However, her subjects come from a range of cultures. She is as likely to paint a figure from Celtic, Norse or Japanese mythology as she is to paint an Islamic or Christian saint.

Even then, these saints tend to come from the peripheries, with her interest drawn by the more unusual and lesser known figures from religious traditions.

Her work is bold, surreal and feminine, weaving together organic forms with illuminated colour. Sometimes her work is dark; at other times, light and playful.

Faracy has produced performance pieces such as the candlelit improvised choral work Spark, and she has also exhibited a series of conceptual sound sculptures played by the sun, earth, water and air. She frequently embodies deities as a form of performance ritual.

In 2017, Faracy founded the art collective My Mother is an Artist, celebrating women with children in the arts. She also is one of the three founding members of the Seasons of the Witch Arts Collective along with Karen Strang and Julia Jeffrey.

Her upcoming plans include bringing Seasons of the Witch to America and starting work on a temple of the divine feminine in rural Lithuania. 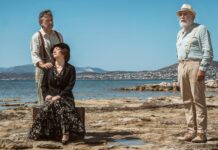 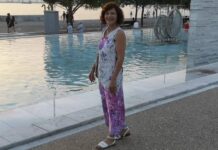 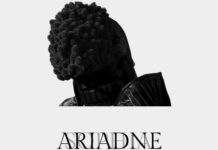 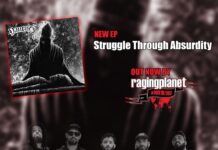 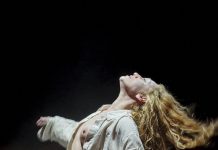