❗ The city`s holiday, Day of Banja Luka, is celebrated on April 22, which is the date when Banja Luka was liberated from fascism in WWII.

🌳🌇 Banja Luka is a modern European city and an important centre in the region. The city proposes a safe and green environment for healthy living, paired with a rich cultural offer and many sports facilities.

🚣‍♀️ Called the city of youth and sports, in Banja Luka, visitors and residents alike can enjoy water sports such as kayaking, rafting and sport fishing on the Vrbas River. Crossing the river is also the characteristic ‘dajak’ boat, and the city boasts unique infrastructure that enables night rafting thanks to the illuminated rafting route.

🏰The history of the city can be found in the city centre, at the mouth of the rivers Crkvena and Vrbas. The Kastel is where the city was founded, and it still today represents its historical core.

☦️✝️☪️ Western and Eastern civilisations meet in Banja Luka with various religious communities and their temples. Of particular interest are the Serbian Orthodox Church of Christ the Savior, the Ferhat Pasha Mosque in the city centre, as well as the Trappist Marija Zvijezda Monastery.

🔸 Banja Luka has a rich nightlife and is known for its many nightclubs, as well as a large number of music festivals filling the calendar every year. 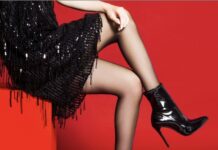