PRODIGY PUBLISHED-NEW EDITION:
Author Haroon Rashid (KASHMIR)- We fell asleep in one world and woke up in another translated into Greek by EVA PETROPOULOU LIANOU-GREECE

Designated as an Ambassador for SDG4 in promoting world peace through Quality Education and Global Citizenship Education and also for SDG13 for combating climate change.

Designated as ‘Literary Lieutenant’ in the army of literary warriors.

Invited to be a speaker at 3rd International Congress of Education, Designing The Future, Mexico, North AmericaHe received worldwide recognition, love and fame and also has been called to famous Interview shows including Oprah Winfrey Show and still continuing.

Among his world famous writings are; ‘Suicide Poem’, ‘Come Back From The Heaven’, ‘Skin’, ‘Will Meet Again’, ‘We Fell Asleep In One World’ aka ‘The Earth Poem’, ‘Human Trafficking’, ‘Humanity Poem’, ‘Faith’, ‘Mother’, ‘Spiritual Love’, ‘The World’, ‘Media’, ‘Human In Uniform’, ‘Get Up’, ‘Meet A Person’ so on along with Endless Quotes.

His works has been translated into more than 148 languages, be it Spanish, French, German, Arabic, African, Indonesian, Chinese, Hindi, Urdu, Persian, Kannad, Tamil, Sanskrit, Mexican, Bolivian and so on. Almost every soul including celebrities shared it on their social platforms and fund-raising events making him globally renowned with an unusual success story to be cherished.

Many souls including celebrities from Hollywood, Bollywood, Art Fields, Music Fields, Sports Fields, Politics got in touch with him.Every writer is different, but he is one of those who can touch souls with even simplest expression of words.Author Haroon Rashid belongs to the beautiful Jammu and Kashmir, India (also known as Heaven on Earth).

In his early days, he was much into sketching and drawings along with mix of playful and fun-loving nature and had a good brain in his studies and academics as well. Since the beginning, he was drawn towards fine arts. He took interest in painting, music and dancing in his school life.

After the school he persuaded his higher education completing bachelor’s in commerce and Double Post Graduation in English Literature and Public Administration and apart from it he took interest in Science, Psychology, Anthropology, Sociology, Geography, History and so on. His graduation was a life turning experience for him. He started gaining interest in writing as his art got mixed with worldly affairs and eventually his writings spoke for him at global level making him a renowned writer par excellence.

He is spreading his aura and glory with the magic of his words and shall be doing the same till he takes his last breath.

Eva Petropoulou-Lianou was born in Xylokastro, Greece. Initially she loved journalism and in 1994 she worked as a journalist for the French newspaper “Le Libre Journal” but her love for Greece won her over and she returned in 2002. He has published books and eBooks: “Me and my other self, my shadow” Saita publications, “Geraldine and the Lake elf” in English – French, as well as “The Daughter of the Moon”, in the 4th edition, in Greek – English, Oselotos publications. Her work has been included in the Greek Encyclopedia Haris Patsis, p. 300. Her books have been approved by the Ministry of Education and Culture of Cyprus, for the Student and Teacher library. Her new books, “The Fairy of the AmazonMyrtia “dedicated to Myrto with a disability, and” Lefkadios Hearn, Myths and Stories of the Far East “, illustrated by Sumi-e painter Dina Anastasiadou, are released in 2019. She recently published her book,” The Adventures of Samurai Nogas san “in English by the publishing house OntimeBooks, based in England. Collaborates with the electronic literary magazine The poet magazine. She is his partner International Literary Union based in America. Collaborates for the promotion of literature and promotes the work of Greek poets.

Eva is a member of the “Association Alia Mundi Serbia”, the “International Society of Writers and Artists of Greece” and the “Piraeus Society of Letters and Arts” as well as the Corinthian Writers Society.
prodigy-life-program.myshopify.com 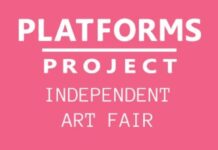 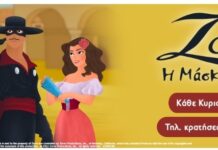 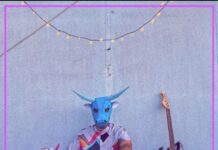