Many great personalities sacrificed their live’s just because they saw a vision that India one day will be a nation. A nation which will have its own soul and they dedicated themselves recklessly on this very goal.

Now it’s been this much years that India is a full fledged nation and many other nation’s seek inspiration from the soul of India regarding so many things, one among them is despite so much diversities it is united cheerfully.

India in actuality has no specific date it’s perhaps everyday new to make, unitedly one in ethos geographically separate, from villages to cities one can see its diversities, from places to region there are different culture and tradition. In fact it is a kind of world of its own.

Here every experience is enriched and every expectation is accepted as India is not only the name of a geographical place, it’s more than that, India starts with the beats of the hearts which echoes everywhere.

We not only live in India perhaps live by it and for it. We belong to it, also are associated with it in every sphere. It has provided us with every resource in every form and it is very essential that we all must transform and rise in our chosen platform.

No other nation has developed with such pace as our nation has since independence, today India is being looked as a hope by every other country. They see India as the happiness of their dreams and because of this they are investing their hard earned money in India as they find it risk free and this has happened not only because of ground resources but also the valuable human resources which in its true sense are Indians.

Our nation on the one hand is prospering in every form be it industrial sector or agriculture sector or manufacturing sector or in providing services and at the same time on the other hand, the societal parameters which forms the values is more or less getting deteriorating in some regions.

What we are ignoring now is costing a lot of life’s. We are now living in a society where sins against humanity like rapes, mob lynching and so on have become common, so as true Indians we need to safeguard the humanity just similar to what Bhagat Singh stood for when he encountered Jallianwalabagh incidence and the way other freedom fighters fought for independence of India.

We all are contributing towards the growth of the nation be it individually or holistically. Whether we earn Rs 10,000 or 1 lac or 10 lac a month or even in crores, but does it makes a difference? Yes it does but only at an individual level. Does it make societal environment change? No, not at all though economic set up of society is getting enhanced perhaps the fact is whatever our earning or lifestyle is and will be, we remain and will remain in the same society, same happenings and society is more of and will remain as what’s happening everyday.

The thrust of we Indians is to stand for righteous things for which we are known throughout the world just as when Non Proliferation treaty for weapons were signed and it was India which showed courage for objecting it, in the same way it becomes the responsibility of all Indians to question both the wrong doers and their ownselves for not stopping such things.

Perhaps what are we doing, Aren’t we standing against or are just criticizing laws for it? Animals don’t have laws to guide them and then why we social animals(humans) need laws, rules etc to follow to maintain the spirit of being Indian. What is Hindu, Muslim, Sikh Or Christian, we are known for our fraternity and we all are Indian. Why stereotype anyone because of their faith, gender, income.?

So our role is to feel the essence of being true Indian by being according to the constitution and not according to one or the other institution.

India is a democracy and a healthy democracy in India can be established by establishing respect for Women’s Human Rights and their right to be heard in the process of decision making.

Constitution grants equality to women but it is only the community which acts as a barrier to empower women through the practices of the community.

Cant we make people aware about It just as we did in AIDS campaigning, What we do in elections, movie promotions, fests etc. It is our responsibility as we want a safe society where members of our family can step out without any sort of physical or emotional or psychological fear and for that we need to think again where as a society we are heading and where we actually need to be?

India is always been known for its unity and integrity in all the cultures and traditions that is it’s ethos and the values which it is bestowed with, it’s really amazing that we all are doing good in our individual capacities in our chosen platforms that is leading us to world platform with better skills and which in turn is creating more demand, in productive things by which we are rising and in turn our nation’s name is being echoed everywhere,

Perhaps we also need to curb some incidences which are happening and are really bad for the image and the soul of India so we really have to stand up and not only stand but also have to raise the voice so to protect the fabric of India and for that we don’t need to worry about our position or status in the society, just like Mahatama Gandhi and Dr.APJ Abdul Kalam stood irrespective of their profession and status for the nation.

If we cannot stand for the righteous thing then our position and status is meaningless and worthless because we are not going to take our health and wealth along with us in our graveyards. It’s the deeds that matter and even if some of us don’t care about deeds, It doesn’t matter at all but when we see something wrong happening why our heart gets numb or it’s that we become dumb.

It is our nation and we are not tenants to show such behaviour of ignorance, we all need to stand against every wrong thing happening and also to stand for making things right.

Nation is like a house(home) and individually we are like rooms in that big house(home), we all want best rooms for ourselves but what if the house(home) also becomes great.

For his works he received

Certificate of Excellence from Trinidad and Tobago.

· Invited to be a peace protagonist on the occasion of International Peace Day in Mexico and Greece,

· Designated as an Ambassador for SDG4 in promoting world peace through Quality Education and Global Citizenship Education and also for SDG13 for combating climate change,

· Designated as ‘Literary Lieutenant’ in the army of literary warriors.

· Invited to be a speaker at 3rd International Congress of Education, Designing The Future, Mexico, North America 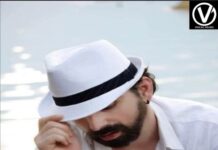 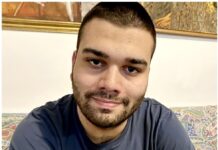 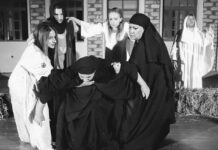 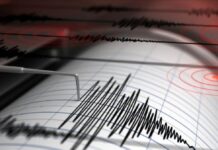 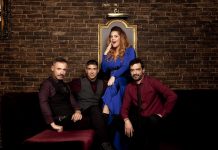 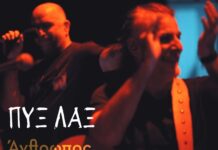