It is Allah who selects his favorite people to play their part in flourishment of nation, the name Anila Talibb is one of them. Her achievements are marvelous as she is the girl who holds the record of being youngest world recorder. Not only this, she is award winning authoress and recognized as globe peace maker ambassador. Additionally. She is writer of 10 renowned books and among them her master piece is ‘Roshan Sitray’ that is the most celebrated one. To her creativity, she wrote this book when she was only 18 years of age.  In this regard, she payed tribute to her role models by looking for 61 personalities this led to sing unsung heroes of Pakistan.

Her accomplishments are not limited to this, she is the one who is featured in multiple magazines from all over the world including USA, Bangladesh ,Dubai. Recently her name is appeared in KenyaTimes and  Kishor Magizine. It is a Bangladeshi literary magazine, which is regularly published online in Bangla from Bangladesh. It is the world largest Multi-language literary magazine. The famous international writer respected Tamikio has presented his poem on her program Coffee Talk which is broadcasted from Michigan. Anila Talib welcomed the kind comments of author and said “I am extremely grateful to the host for giving me this honor, the writer’s literary services are worthy to praise”.

She is native of a village in Gujranwala where girls’ education was nonexistent in her neighborhood. She is the eldest daughter of her father and belongs to a backward area where people are not willing to educate their daughters. But she set an example not only for their siblings but also for every girl who wants to achieve her goals and dreams. Subsequently she also helped more than 200 girls for accomplishing their goals by educating them.

She successfully runs her two projects i.e ‘Anila Talib Foundation’ and ‘Light for All’. To her greatness, she established an online training program through her foundation that plays role to empower women in overcoming difficult economic circumstances during an epidemic with the goal of boosting confidence among divorced widows and the young girls in rural areas. She taught free Quran to 500 girls. She has built the first writing academy in Pakistan with her eve dour more profoundly she is giving hundreds of aspiring writers a free platform to bring forth their creative power. The writings of many people under the auspices of this academy have become jewels of newspapers. Her love is not only confined to human but she has also a soft heart for animals too. She has started an animal rights’ campaign in which she instructs the local on how to deal with stray animals and provide food for various animals and birds.

she has a strong love and devotion for Sufism that dates back to her early years. She also has excessive feelings for Maulana Rumi, Waris Shah, Bhulle shah and Wasif Ali wasif. She commented that Maulana Rumi gave her the fundamental lesson of life, which is to “Love Humanity”. She is a young lady with a pure soul, no doubt that kind of person is greatly needed who are selfless to their duties.

Her achievements are difficult to describe in words but here are her top ten achievements:

She has won many titles , awards and certificates from different countries i.e USA , Saudi Arabia, Dubai, Morocco, Italy and Indonesia. Her dreams are as big as her ideas are. She wants to work for the humanity without any discrimination of culture and religion but only for the sake of Allah. She has message of peace to the world as it is  reflected by her poem.

A message of peace

I want to spread the message of peace

In this whole world

We all want peace

Let’s be a song

Throw away the sorrow

Cover the cloak of love

Give fragrance to everyone

Life is too short

Fill it with color 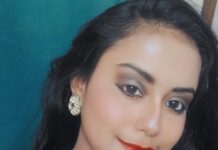 Suchismita Ghoshal: “I can say that the future of literature must find the right successors to carry forward the legacy” 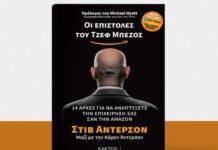