Anastasia Kupryashova: I am 31 years old. I was born in the Ryazan region in the city of Mikhailov. This is a small district center, known primarily for the fact that during the Great Patriotic War it was occupied for two weeks, after which a counteroffensive by our army began, and the city was liberated, and the Nazi troops were driven back from Moscow. The city was awarded the honorary title of “City of Military Valor”. After graduating from high school , I entered the Ryazan State University named after S. A. Yesenina graduated from it with a degree in History and English Teacher with an additional qualification of Translator in the field of professional communications. During my studies, I participated in the poetic life of Ryazan: I read poems, published in poetry collections and took places in literary competitions. After studying, I moved to St. Petersburg, where I live and work to this day.

What inspired you to write? To whom or what were the first works dedicated? I wrote my first poems at the age of six, and they were about the seasons and the weather corresponding to each of them. I don’t think there was any starting point or a specific incentive to write right now and on a specific topic. It’s just that among thoughts, memories and ideas, phrases suddenly began to appear that clung to each other, and I wrote them down so as not to forget.

Do you have a favorite author? Why him/her? There is a fairly large list of writers and poets who appeared in my life at different periods. Each of them greatly influenced me: someone became a friend, someone a teacher, someone helped to look at the world from an unexpected side and revealed meanings that I did not know before. Speaking about my favorite authors, it is important to note the works they wrote, without which I would never have become myself today. Firstly, a remark with his sadness, love and the feeling that life should end soon, but for now there is still a little time for reflection and love, for realizing something very important and for having time to at least try to save the dearest, most beloved and preserve true values. Of course, I mean his novels “Life on Loan”, “Arc de Triomphe”, “Three Comrades” and “A Time to Live and a Time to Die”.

Secondly, Salinger and his “Catcher in the Rye”. A poignant story of a teenager who understood so much and got to the most important issues that did not bother his peers, who live in their own small worlds and feel happy. Pain and tenderness, love and forgiveness, and a lot of bright sadness I saw in this book. The “Gentlemen Golovlevs” of Saltykov-Shchedrin told me about what a family should not be and how easy it is to lose everyone if you do not take care of anyone and do not try to understand someone else’s pain. Later, remorse and the inability to return a single grain of the past were forever deposited in my mind after reading this novel. Then Hemingway and his delightful stories and novels “For whom the bell tolls” and “Goodbye, weapons!” showed me how the war breaks the destinies and minds of people, how difficult it is to return to normal life after the horrors of the front, but how much love there is in the heroes of his books, which cannot be destroyed by anything!

Lyudmila Ulitskaya in her novels “Jacob’s Ladder” and “Daniel Stein, Translator” talked to me about the strength and weakness of a person, how not to lose the light even in the darkest times, about faith, the continuity of generations and relationships between people, which can sometimes be very, very difficult and ambiguous.

Hans Fallada told me about the contrast of truth and monstrous lies, helplessness and strength, and about the unbroken human will in his greatest novel “Alone in Berlin. Everyone dies alone.”I also want to mention Markus Zusak and his novel “Clay Bridge”, where the themes of resentment and forgiveness, strength and weakness, visions of the same event in different ways are intertwined. I was lucky enough to meet and find for myself a considerable number of amazing, amazing books and authors, and you can talk about it for a very, very long time.

What collections have you participated in over the past few years? What were these books, and what do they mean to you? It was a great luck for me to get acquainted with the talented author and organizer of many international projects Alexander Kabishev. Working in his team, I took part in the Russian-Vietnamese collection “Dawn” “Whisper in the wind”, “100 languages of poetry”, “Friendship” and in the collection of Serbian writers “SKOR”. Each of these works was a window, and sometimes even a door, into the amazing and unknown world of another culture, another language. These projects opened up many talented authors to me and gave me new acquaintances.

Have you translated poems by other authors into Russian? What were these poems, and how did you remember them? Yes, I really like to translate from English into Russian. Over the past few years, I have translated several poems by Vietnamese, Indian and Serbian authors. It is impossible to compare these works, because each of them was unique. Working with the text of another author is always very exciting, since the temptation to be inaccurate or slightly alter a phrase so that it fits better into a poetic stanza is sometimes very great. But I adhere to the rule in no case to start writing my own verse, but to stay within the rules set in the original text. The translation of poems is an accurate and creative process at the same time, and when agreeing to another translation, I always challenge myself: will it work this time; will I understand all thoughts and ideas correctly; will I be able to catch and convey the play of words; will my translation be able to serve as a full replacement for the original text. I work on each of my translations carefully and carefully store the resulting poems.

In your opinion, what are the similarities and differences in the poetry of different peoples? There are eternal themes in poems in any language: the love of a man for a woman; family and family values; disappointment and charm; the theme of nature and human unity with it. Differences, of course, are also present, and there are a lot of them: a reflection of everyday life and the realities of each country; the peculiarities of the language; whether the meaning of the work will change from the change of tone with which you read it aloud.

What is the peculiarity of St. Petersburg culture and literature, and how does it affect you? St. Petersburg is a city with a great history, a city that has endured the blockade and knows about all its horrors not from films and books. Of course, such a test could not but be reflected in the culture of the city: paintings, books, poems and songs on this topic appeared. In addition, St. Petersburg is considered the cultural capital of Russia, a huge number of people from different cities and countries come here to soak up the atmosphere of this city and, of course, touch its cultural component. Native Petersburgers, as a rule, are distinguished by restraint, beautiful literate speech, well-read.

By Petersburg literature I mean the works of people who lived here and wrote about our city. The first thing that comes to mind is Brodsky’s lines: “I don’t want to choose either a country or a churchyard. I will come to Vasilievsky Island to die.” Akhmatova, Gumilev, Pushkin and Gogol wrote in St. Petersburg and dedicated works to the city itself. Speaking about the culture of St. Petersburg, it is impossible not to say about the music: Viktor Tsoi, Boris Grebenshchikov, the groups “Auction” and “DDT” played in the Leningrad rock club. Later, in St. Petersburg, the creative career of my favorite musical groups “Night Snipers” and “Splina” began. I’m not talking about this for historical reference, but to show what it all means to me: the culture of St. Petersburg is a huge part of my personal cultural foundation, and this foundation will not go away from me, it’s forever.

What can you say about the modern creative youth of St. Petersburg? There are a lot of bright faces and talented authors: there is someone to read and listen to, and I am very happy about it. There are many creative spaces in St. Petersburg where young poets can read poetry, artists can exhibit paintings, and musicians can perform their works. It is incredibly important to be able to find people close in spirit who will share your interests and talk to you about, which is really important. I can say to myself: I have been writing poetry all my life, but it so happened that the main circle of my communication now consists of people who have nothing to do with poetry and do not love it as much as I do. I would not come to visit or to work meetings and read my poems there when it is inappropriate, but keeping in yourself what you want to share with the whole world is quite a destructive thing. Therefore, for me, the opportunity to participate in poetry evenings is a very valuable phenomenon, and it is a great happiness that such events take place in my city. Well, about creative international projects and my joy and pride from participating in them, I have already said before, I will not repeat myself.

How do you see the future of your creativity and world literature in general? As for world literature, I think that classics will remain classics, and no modern authors will take the place of Pushkin, Tolstoy or Dostoevsky, but new wonderful, talented novels, poems and short stories will appear. I would really like to continue to participate in international projects and exchange creativity with authors from other countries. This is very important, because we all do the same thing, and the difference of languages and cultures should not interfere with our communication. Well, as for me personally, I want to finish what has not been finished yet, let it go and take up a new job.

What would you like to wish your readers and fellow writers/poets in the coming 2023? First of all, peace, good health, creative and spiritual strength, and not to lose or kill the living thing in yourself that makes you write and lifts you above the ordinary and routine. 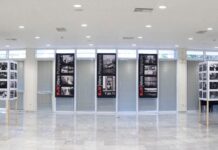 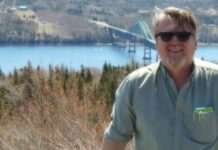 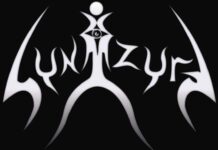 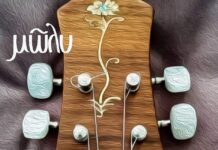 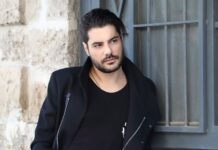