Please share your thoughts about the future of literature. There’s no future, or the past for literature. The literature is just an inseparable part of our life, I would say, that’s helping life to be more realistic and valuable.

The Good and the Bad. Who is winning in nowadays? Literally explanation appears to be the best. Yin and yang, as the strongest symbol in eastern philosophy defined duality coming to us as existence of good and bad in balance. It’s a challenge for us to choose one. Theologically, evil came from heaven, in personification of rebel Archangel Lucifer who’s been exterminated to the earth. Also, as we are descendants of sinners, Eve & Adam, we are carrying seeds of evil with us, as well. Balance between good and bad has a cyclic nature and its existential question, who will win in this amplitude. The final win of good could come only from the side where it is originated, from a Creator. We are still limited in understanding what is good or bad, so the roles are misused… It’s all about awareness.

How many books have you written? And where can we find your books? I wrote dozens of books, mentioning here the most relevant:

Books of self-development with poetry:

Tens of World National Anthologies of Poetry (2020 till now)-Amazon, Prodigy Published More than 300 books of various world authors, in role of editor and publisher on Prodigy Published-USA..

The book. E book or Hardcover book. What will be the future? The reality and the future are on E book side. It’s all about media for sharing creation. Some ancient civilizations have been craving images and letters on stone, wooden, metal and other plates, later, they found a papyrus, as a revolutionary discovery till our age. This is the longest period in our official history, of using this media. It’s understandable that we are emotionally linked to this media. Even though, that media showed many issues when it comes to keeping files, not to be easily burned, or destroyed in wars. By the way, now we are heading the same issue with the paper money, which is going to be replaced by digital money. Let’s think about this phenomenon at the same level of understanding, it’s very deep and wide.

A wish for 2022. COMPASSION! Let’s celebrate the end of this year, not only with our family members and friends!

Let’s think about the moment of getting rid of our selfishness, and go out of homes, and meet some people on the street, not far, down the wa, and share our gifts with them.

Every little word of support, more than any gift, will produce a happiness, that reflects to you.

Their sincere gratitude is the biggest gift you can create for yourself.

Thank you so much!

* The founder of PRODIGY LIFE ACADEMY and author of the PRODIGY LIFE PROGRAM, which serves as a platform for spiritual and personal development.

* HIGHER HONORARY DEGEE of ACADEMY OF ART AND CALIGAPHY-EGYPT (2021).

* MEMBER of the ADMINISTRATION COUNCIL THE MOMENT INTERNATIONALNEWS-USA

* Winner of the “Arab World Award for Creativity in the World Poetry Field for 2021” organized by the “Arab Media World Foundation London-United Kingdom”.

* Multiply awarded as a poet, philanthropist, and humanist.

* His poetry, novels, essays, and critics have been published and presented in various literature magazines, radio, TV, media streams and participated in many anthologies around the world.

* Author and Editor-in-chief of anthology “COMPASSION-Save the world” (130 renowned authors from all around the world in only one poem titled COMPASSION).

* Founder and editor of Prodigy Magazine 2022

(All published in USA, by BALBOA PRESS, AMAZON, PRODIGY PUBLISHED) 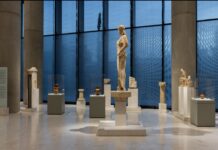