Taghrid Bou Merhi: She is a Lebanese poetess, writer, and translator living in Brazil. She is ambassador of the team “International Cultural Salon Association “and ambassador of Brazil in the American P.L.O.T.S. Magazine. She won the Nizar Sartawi International Translator Award for Creativity 2021 in the field of translation and literature. She is an advisor to the countries Al-Sham literary platform for literary translation. She won the 2nd Annual Zhengxin International Poet Award 2022. Fluent in Arabic (native language), French, English, Portuguese, Italian and Spanish. Her poems have been published in numerous international anthologies،various literary magazines, journals and websites. Her poems have been translated into more than 24 languages.

Please share your thoughts about the future of literature. When u start writing? First I would like to thank you for this interview. I am so happy and greatly honored. In every era, a question is asked again about the nature of literature and the Arts and their aesthetic components. There is also a question regarding the position they occupy in relation to other forms of knowledge and about the role they play with individuals or society. Since ancient times, literature and Arts have been the expression of life. They give us windows to learn about different cultures and other’s experiences in life with a different perspective that we have not been exposed to yet. Sometimes it’s an outlet where we can see reflections of our dreams and feelings. I believe both literature and Arts are characterized by the ability to change our direction. They can present objective truths with a power of feelings that can carry us to a new world where we can dream, think or suffer. The powerful creativity of adventure whether through literature or art shine a light on discoveries that illuminate oneself in different levels and to self-knowledge.

All literary genres have limitless possibilities to explore existential questions, the ego, the human self and the problems that poison people’s relationship within society.  Therefore the role of Literature and Arts goes beyond simple affects in individual’s lives or groups to a larger influence in sciences such as anthropology, ethnology, sociology and history. They can have a healing influence both on individuals and society to heal and restore after all the fractures and shattering that they are afflicted with constantly. And since literature is one of the forms of human expression of the totality of human emotions, thoughts and concerns with the finest written methods, I see that literature has a brilliant future and that it proceeds despite the difficulties caused by technology.

When u start writing? I started writing poetry when I was very young, I was twelve years old when I published my first poem entitled: Identity. My talent for poetry grew thanks to the encouragement of the teachers in the school in the primary and secondary stages, as well as the encouragement of my parents, especially my uncle, who used to write poetry.

The Good and the Bad. Who is winning in nowadays? With regard to good and bad, it is a relative process. What I see as good may be bad for others, and vice versa. But in the absolute the strongest wins, whether good or not so good. Through literature, we can shed light on these two things, or transfer these two ways of dealing with others in life, through which the outcome is reflected, good or bad. But in absolute terms, literature plays an effective role in enabling a person to see beauty in ugliness and to feel love and peace instead of hatred, war and hatred. As I said at the beginning, the issue of good and bad is relative.

How many books have you written? And where can we find your books? My books have reached ten in terms Of number. The first book was titled “Songs of Longing تغاريد الشوق” which is a collection of poems that all express longing for the homeland, family, and beloved. The second book is completely different, and it is titled “The Keys of Science: Verses and Manifestations.”” مفاتح العلوم ، آيات وتجلّيات”. The book is about verses from the Qur’an that show miracles. I shed light on each verse. Science considered it a miracle because it was a reason to know many life, natural, scientific and cosmic sciences. As for my third book, it is a book of prose entitled “Philosophies at the Edge of the Soul”” فلسفات على حافة الروح”. This book contains more than 50 philosophical texts about life and metaphysics. A book” Flowers Of Love”  (Anthology)” زهور الحب” , It contained wonderful poems by poets from different countries of the world, and I translated them poems into Arabic language.

A book, which will be published in a few days, is also a book of translation, and it is under the title “LA ESPERANZA.” “الأمل”.

Also the new book, which will be published within days, is entitled “From My Grandmother’s Tales,””من حكايات جدتي” and it is a collection of stories for children.

“Wounds of the Heart” “جروح الوجد” The book contains 45 poems, the majority of which express love and nostalgia. Etc….

“Mine Is Not Mine”, ” لي ما ليس لي” he is a collection of selections that I have translated into several foreign languages, etc….

In addition to several books that I have translated into Arabic, French and Spanish…

You can find them in the paper publishing houses that printed them in Egypt and Lebanon, and they are also available digitally on the Agharid Digital platform in Lebanon and Amazon.

The book. E book or Hardcover book. What will be the future? With regard to the future, it is the digital and technical book that will dominate, because electronic reading is easier and the electronic book has become within the reach of all readers at every moment. The Internet and digital publishing have facilitated the reading process. You open your phone, choose your book and read it whenever you want, an easy and simple process within everyone’s reach. I think that in the near, there will be an electronic book, an electronic cover, and the future of digital and technology. There is no doubt about that. Despite that, there is nothing more beautiful than a book you hold in your hands and smell among its papers the scent of beauty and creativity.

A wish for 2022. A phrase from your book. I want to write my wishes for the coming year, that it will bring with it world peace, true love and humanity, and that justice, safety and peace will prevail. The year 2022 was still carrying diseases, especially Covid, as its effects are still present and sad for many people, and it was also carrying famines and wars in many regions of this world. We hope that the year 2022 will pass and not leave an imprint of pain, hunger, fear or domination, although this is impossible and a dream, but I strongly hope this and that the new year will come bearing the spike of peace and love and the world becomes in harmony, and people communicate with each other not for the sake of interests, and wars are not waged for the sake of gains, but rather they communicate for the sake of building, and they seek peace instead of wars.

A phrase from your book. It is not a sentence or a phrase from my book, but rather a short text that I hope expresses, even a little, about our life, our existence, and the impact…

I hope dear readers like it. There are those who delude the secrets in a tragic philosophical tone!

In one of his letters to his Zoroastrian friend, he compared turbulent poetics to eternal spirituality!

I did not find what he says but a reflection of the image of the splitting pain!

As for how the embers of transfiguration are born from the self, perhaps it is the astonishment of the imagination in the emotional choice game!

According to your vision of the cosmic movement, you will race with the two opposites, and you will meet or not meet at all!!

While embracing pain, you will grow together, dance together, and die in happiness together!!

At the end of this interview, I would like to say thank you to everyone dedicating his time to serve and enrich the world of intellect, poetry and literature without waiting for any compensation.

Thank you from the bottom of my heart dear Eva for this opportunity to make my voice heard. I am deeply honored and grateful. 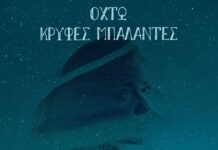 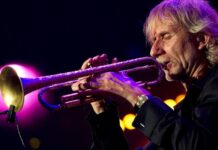 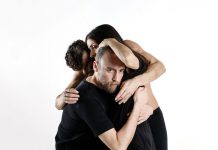 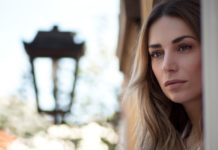