Biography: SHIKDAR MOHAMMED KIBRIAH, Bangladesh, Masters in philosophy, globally published, awarded and translated world renowned poet, writer, critic, translator, ambassador and philosopher. He is a global poetry promoter and personality. He is the founder and president of Poetry and Literature World Vision. His published books are so far 17. Eight of poetry, six on prose and three on story. He is an ambassador of world peace, love and humanity appointed by different literary, cultural and poetic forums active globally. He is published in world famous print and electronic media, magazines, journals, newspapers, websites, blogs and anthologies. He is awarded, featured and interviewed a lot. His writings have been translated into 40 principal languages.

Please share your thoughts about the  future of literature. When did you start your writing? Literature is an aesthetic feeling and reveal of the creativity that is based on human objectivity and focused to a subjective truth, beauty and ideality proportioned to the literally creditability. Primarily it is like the appearance of the natural things, beings and phenomena but finally reveals the reality of the absolute truth of beauty and welfare. So, firstly empirical and lastly soulful. Since human beings are not only corporeal but as a whole incorporeal that means soulful, so their truthful experience of life is motivated to the soulfulness. Human creativity has been reflecting this beauty of truth from achieving lingual skill. It develops with the contemporary mood and demand. So, I am never pessimistic about the future of literature rather absolutely optimistic about its soulful development and progression that holds the universal truth, good-will and human values like love, peace and humanity for a lively and lovely world. It is really tough for me to identify when I started my writing as I have been used to reading and writing from the very beginning of my boyhood while I learnt to read. After my secondary exam I composed a novel but could not publish it because of financial support from my guardian and once I lost the manuscript.

My first published writing was a political analytic article that was published in a national weekly magazine named ‘Manchitra’ in 1987. Next one decade, I wrote many articles based on philosophy and literature that were randomly published in local and national newspapers, journals and magazines. In 1997, my first book was published. It was a prose collection. By publishing it, I was recognized as a philosophic writer overnight. After that, I began to write poetry and story. All these are composed in my native language Bengali. Joining online world, I started to write in English and very quickly could drew attention to the whole world. My poetry and prosaic composition are regularly published in world class numerous magazines, anthologies, journals, newspapers and different print and digital sites.

The Good and the Bad who, do you think is winning nowadays? I think no winner at all because there is fighting everywhere between the good and the evil. Evil forces frequently try to divide and exploit humanity with developing capitalism and materialism ruining ethical, religious and human eternal values in the name of modernism and dominating law, education, literature, art, culture and life philosophy and create war for their capitalist, greedy and aggressive interest. On the other hand, goodwill forces like true humanist philosophers, poets, writers, scholars, artists, cultural activists and liberal religious leaders are always motivated to establish a war-free, peaceful and livable human world that is absolutely an integrated soul of the universe. Apparently it is a reality the evil forces are dominating the present age, but I think if the goodwill forces are united and moved in a slogan of humanity, evil forces certainly will be defeated.

How many books have you written? And where can we find your books? My written books which are published are 17 so far. Most of them were published in my country in printed form and these books are found in different book stalls, libraries and institutions. Recent published books are two poetry books titled ‘Bradly’s Brother’ and ‘ A Banyan Man: in digital form which were published by Prodigy Published, USA. and are available on Amazon. Upcoming e-books are 1. Philosophy of Poetry (prose), 2. Selected Poems (English), 3. Selected Poems (Bengali) 4. Bilingual Poems 5. Selected Stories (Bengali), 6. Story Collection (English) 7. A Preface to Postmodern Philosophy (Prose) and so on more are planned to publish.

The book. E book or Hardcover book. What will be the future? Certainly e-book will dominate the future publication world and printed or hardcover book will be preserved in literary museum. Because, the contemporary time always finds an easier, cheaper and multiplier means of achieving success in all the spheres of life and no doubt digitalization will ensure it in a massive way. E-books are easy, cheap and fast to produce, edit, carry or transfer globally. Moreover, our global education system is rapidly transforming to be digital and students have already started to carry laptop instead of books. In these circumstances, it is easy to assume that future books will be published digitally.

A wish for 2022. Modernism has lost its materialist charms and appeals for a reconstruction of it with a soulful postmodern ideology. I wholeheartedly wish and welcome all the creative souls to be united in a slogan that is nothing but humanity only which can make this planet lively, lovely and truly peaceful.

Quote a phrase from your book. “Poetry is an aesthetic feeling of exploring the soulful world.” 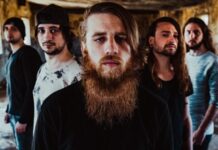