Please share your thoughts about the future of literature. To your vague question, I would answer like this. If there is no future for literature, then there will be no future for the Universe, the Universe, Humanity. For, it is precisely the straw that holds on to the World drowning in the sea. It is Literature that is the lifeline that will save Mankind from the impending danger, death. I can’t imagine a person’s life without thoughts, without hope, without love, without dreams without philosophy, which are saturated with the artistic word, in particular poetry. No wonder we, when we fall in love, declare our love, or when a person close to us dies, we find, again, salvation in poetry. Poetry is that verbal melody that can affect even the most inaccessible places of the human body – right down to the capillary veins. I don’t know how I could live so many years in this unfair world without Poetry. Poetry is to me like water is to a fish.

When do you start writing? I started writing at the age of 11. My very first poems were devoted to the atomic bomb invented in those years. I could never forgive mankind for allowing itself to drop the atomic bomb on Hiroshima and Nagasaki. Then, for the first time, hatred feelings towards separate layers of Humanity, the servants of Evil, Satan, woke up in my soul. Since then, I have been irreconcilable with the forces of antagonism, militarism. I consider them unhealthy people who need serious treatment.

The Good and the Bad. Who is winning in nowadays? What is good, what is bad in my understanding? Well – this is for me when everything is humane. People do not forget that they are people, not some kind of animals. True, no one is born humane from the womb. But each of the ns should try to become one from the day of his birth until his death. Here, this is perhaps the most valuable thing for me. And I perceive bad everything that is alien to humanity. in which I clearly see signs of the animal world. No, I don’t want to insult our younger brothers with this. They were created by the Almighty without a sense of self-control and as an edification to us, so that we can see our not-so-beautiful features.

Always, at all times, Justice has won. Therefore, the one who is on the side of justice can win. Because the Creator of this world is on the side of Justice. Sin is punished, good deeds are rewarded. That’s the whole philosophy of our Universe. Alas, sometimes, we, people, forget about it, and allow ourselves to do mean things, without thinking about the upcoming Judgment Day.

How many books have you written? And where can we find your books? I have written and translated over 60 books. To be honest, lately I have stopped counting them. Among my paper books there are also e-books. 50 percent of my manuscripts have not yet been published anywhere. They are waiting for their time. If God permits me, I intend to publish them in their entirety. In a word, I have written too much, for the publication of which one human life is not enough. But I will ask the Creator to give me such an opportunity. Some of my books and works can be found in libraries, on literary websites of Kyrgyzstan, Uzbekistan, Russia, other countries of the world, as well as on Amazon, Lulu, etc. platforms.

The book. E book or Hardcover book? What will be the future? I think in the future there will be both kinds of books. Because relying only on electricity, we can lose everything. I believe that Mankind should always have a paper book at hand. This is the most reliable, centuries-old classic way of storing and passing on the fruits of umoi from generation to generation. It doesn’t matter if it’s softcover or hardcover. The main thing is that it is on paper. Of course, the paper is short-lived. She tends to burn out. But God forbid this happens. If Mankind learns to live peacefully, book depositories can hardly burn down without wars?

There will also be a place for printing in the future. Without him, I think, Mankind can not do. True, new more high-tech equipment and super-quality paper for book printing may appear.

A wish for 2023. I want all the wars started in the outgoing and previous years to finally end. Such an armed confrontation will not lead to anything good in the world. It will bring only misfortune to the human race. I want the gong for arms to stop. Countries, peoples, nations, representatives of various religious denominations treated each other as brothers and sisters. There are no strangers in this world. All ours are our own, earthlings. Therefore, I wish the entire world community peaceful coexistence on our common Ship called Earth.

A phrase from your book. We must try to remain human at all costs… 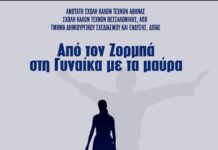 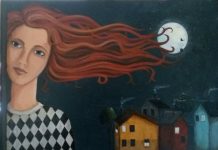