The problem in Greece is not that there was a modest or incomplete plan but that there was no plan at all. You can see the urban centers and their way of building. Problems in Greece are structurally difficult and difficult to be solved, especially if the people who manage in publics arise from a process not so democratic and rational as well. Democracy doesn’t exist, as some people call upon it, when a mentality downfall is still on process from the birth of Greek nation-state till now unfortunately.
No one is ignorant of what is happening but the problems persist and their consequences are repeated every time and in a worse way because history is a very crucial tool which we have to read carefully and not through propaganda messages or political obsessions.
Some of you have a story to tell us where you lost half of your life to find your right having public administration against you. The worst is to see these people who were against the right almost undisturbed by driving expensive cars and in a style of a thousand cardinals. Is it a so impossible to be happened in Greece? I don’t think so. This is a grotesque situation that is maintained by their followers who are people with very low mentality, unfortunately with right to vote.
There are two kinds of exceptional and successful people, one being personalities such as Alexander the Great, Napoleon and the other of the average people who, however, are selecting valuable associates with meritocracy. The rest are just a team seems like an omerta who look for inactive, untrained, “easy” partners in fraud and lies.
This vicious circle has to be closed as soon as possible by imposing heavy punishments and not by using laws that delete the past. The study of history is very important for a better future.
To make great changes, difficult and painful, people must demand that the parties be staffed with the right people, and this in turn requires more participation in public life of all of us. It is utopian to believe that we will not have new disasters, that we will not have a new cycle of recession again when the political world chooses its associates not on the basis of meritocracy and ability but with selfish purposes, seems as a lobby of private interest than a public administration with good purposes.
Those in the private sector who make exports will have realized that some of those selected to fill some key positions in the public administration, not just vision and skills do not have, but also even for gatekeepers could not work properly. Sorry if I became so cynical but the numbers in our economy and the current socio-political situation have to say to us more things than those I write in this text.
So how will structural reforms go forward under a continuing schizophrenic internal war?
We need to learn and to know more things about our history in order to understand who we are. This is the most fundamental issue for us if the majority of citizens look for to build a better future, otherwise this fairytale will be our end. 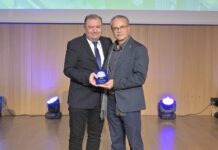 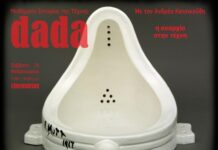 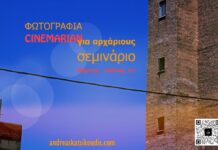