At what age did you start painting?

I started painting as a very young child, 2-3 years old. I was encouraged by my parents to create and it seemed very natural.

I continued to paint consistently until my early 20s.

When I was at art school I went through a period of amelioration and refinement.

Some of my practice fell by the wayside in favour of what I felt at the time to be a better approach. Is someone born an artist or do they become an artist?

I think this is a question that I cannot truly answer.

Every individual is different with different genetic makeup and environmental factors.

I accept that it must be a combination of both; you may be born with certain capabilities but these have to be developed. Being an artist is not an easy profession, you have to work hard, think intensely, you’re self directed and have to remain motivated and learn to deal with a series of forced impediments such as financial backing.

Some people may have a required skill level to be considered talented however they will never reach the apotheosis to be labeled as an artist.

What word expresses you as an artist?

Unfortunately I as an artist cannot be reduced down to one word unless it was an expletive. Do you feel inspired before you create?

Music is also a point of inspiration; like many people I’m attached emotionally to songs that trigger memories, I then cultivate this reaction into something consistent and tangible. How would you describe yourself as an Artist?

I am passionate about my work, I’m not ashamed to say I am also ambitious.

However I am very poor at networking and social events. I have a very low tolerance of bullshit and this I feel is my downfall.

What are your future plans?

My future involves, as some of my past has, sound, film, performance and installation.

I don’t really engage with looking too far into the future, as it is an exercise fraught with uncertainty. Events both personal and general can derail any ambition or plans.

My hopes are to drive forward with installation pieces that challenge preconceptions and provoke debate and change for the better.

To do better as people is all any of us can hope for. Raised in modest -though not impoverished- surroundings in Greater Manchester, art was always the vehicle in which I made sense of the difficulties that life has thrown down in its attempts to trip me up.

Diagnosed with Fibromyalgia at 17; a chronic pain and chronic fatigue condition that steadily worsens, with no known cure, nor effective treatment, this 24-7 pain challenges any notions of a ‘just world’ where the deserving get what’s coming to them – either good or bad.

My life was turned upside down by the tragic deaths of my parents in a road accident in 2010.

This loss of two people who I love dearly, this immensely difficult period had a deleterious effect on my work rate for a short while, as I was overcome by depression and suicide ideation caused by grief.

However, my energy was then rechanneled into an introspective based rationalisations, accosting the emotions of loss, grief and anger that I had experienced.

Video and sound installations that distilled the impact of tragedy to the viewer and/or listener.

Further inspirations were found in the austerity measures forced onto those in the population least able to bear the burden; with the feelings of injustice resulting in a politically based exhibition entitled ‘What You Step Over When You Come Out of the Opera’ (2015) satirising the contempt that the ‘haves’ bear for the ‘have nots’.

The notion that the world can be changed for the better, if only in a small way, by art is a driving force and an impetus. That inequalities, prejudices and selfish greed can be challenged can give hope to us all, especially in these challenging times that the twenty-first century has provided us. 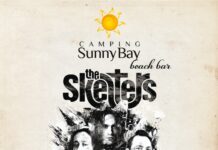 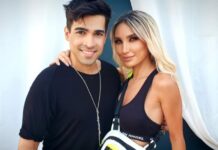 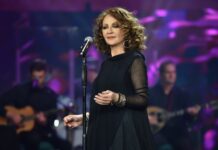