Do you remember writing your first words of poetry? When was it. Please tell us more about it. Yes, it was when I was eight years old. When I was in primary school, I first came into contact with ancient Chinese poetry in class. It was written by Li Bai. I felt that it was very well written, so I imitated and wrote an ancient poem too. Its name was: 好事近•昨夜问来童 This is a Song Ci. Of course, the writing method is very naive. At that time, my grandfather was still alive. He was a doctor of Shandong University. He praised me for writing very well, which gave me infinite courage and made me fall in love with writing haha. And then, I started to write more in any types: novels, lyrics, etc. Until now.

The poem reads as follows:

Did you have any early influences/inspirations? Yes, because I didn’t do well in math and other science subjects since I was a child, and I don’t like them too, but I like the Chinese classes very much and read more books after classes. It can be said that the books I have read are miscellaneous, but the writer who has the greatest impact on me is Ryunosuke Akutagawa of Japan. I have read almost all his books and articles and was conquered by his talent. My novels and poems are greatly influenced by him. Another one is O’Henry. His writing technique is very good. The books that have the greatest influence on me are :Selected Novels of O’Henry, Rosen Gate and Shakespeare’s Sonnets.

What/who started you writing poetry? As I just said, the first time I tried to write poetry was when I read Li Bai’s works, and then I found there’re many poets were more talented than me. So also wanted to give up in a moment. However, because I read a lot of Japanese books and listened to a lot of Japanese old songs during my university, which gave me great encouragement again, I decided to stick to it. By the way, I love Japanese culture very much.

Does your background / heritage influence your writing? There are some influences for me of course, because first of all,as my family, my two grandfathers are both doctors from the famous University, and my parents are both bachelors from the University too, so they attach great importance to my writing development. Then Chinese traditional culture will also give me a lot of enlightenment. Although China’s government and Chinese people no longer have traditional temperament and pay no attention to tradition, I can draw energy from the ancient books. This is also affecting my philosophical point of view, integrating with the knowledge I have learned from other countries and cultures, and supporting my literary creation until now.

What subjects mostly inspires you to write? Why? In fact, many themes can inspire me, but there are two themes that can inspire me the most: love and peace. As for love, in fact, people nowadays have narrowed this word already, and think that writing “love” must be related to love somebody. In fact, there are still many meanings of love in the world, such as the love of and from parents, friends, elders, etc. I think the word “love” can dig out many meanings, and these meanings happen to be what we humans need to pay more attention to and our wealth, so that we will not be so selfish and indifferent. Of course, I now have someone I love too. I love her very much, my wife Judith, so I will write a lot about love for her too. As for peace, it goes without saying that people in today’s world need more efforts, calls and efforts to give full play to peace, so that our planet can continue to longer, and everyone should pay for it. Therefore, I have also written a lot of works about it.

Do you remember your first ever published work? Where, what was it? When? Tell me how you felt seeing your words in print. Yes, although I started writing poetry at the age of eight, my real debut was in 2017, that is, the time when my first poetry was published. At that time, it was published in a very famous Chinese journal – Poetry Journal. Of course, when I got the publication, I was very happy and thought my efforts had yielded results haha. My first anthology of poetry was published in that year too, “Firefly “, which gave me greater encouragement. Since then, more and more works have been published at home and abroad. But every time for the publications from my friends, I will always posted it to express my gratitude, because I know that it comes from the support and love of all my friends. So I have been paying and providing services for my friends too until now. I think it’s worth it, haha.

What publication are you most proud to have your work published in, why? As I said above, every time my works published by my friends, whether at home or abroad, no matter what publications or websites, I was very proud always, because all from the support and love of my friends. I treat it with gratitude every time. Because I don’t think I’m a good poet or writer now. I’m still learning, so every friend is the object I want to learn haha, so I’m very happy every time my works are published indeed.

Do you have a favourite genre of poetry?Why? Tell me more about it. In fact, I really like any types of poetry. Except for some types of pornography, racial discrimination and violence, I not only don’t like them, but also explicitly oppose them. Then I prefer Japanese haiku because it can calm people down and bring me endless reverie. In addition, I prefer popular songs in the 1980s and 1990s, because the lyrics are also a type of poetry too. I often listened to these songs and paid attention to their lyrics, which has benefited a lot. I know such songs are called “Chansons” in France. Yes, the word is very appropriate. I like quiet afternoons very much, and then taste those poems with coffee that can calm me down in real, haha.

What are your future plans as a writer/poet? First of all, learning will be my pursuit until death, because there are still too many things I need to learn and too many things I’m curious about in this world. Then, the future planning,not to win more awards, but to strive to make myself more calm, pay more attention to human shortcomings and advantages, and create works that shock the soul, worthy of my name of “poet and writer”, haha.

What projects are you working on and why? My works nowadays are as an editor, translator and poet, and my ongoing project is to translate the works of more foreign writers and poets, as well as the works of more Chinese poets, so as to be a bridge for cultural exchange. Then publish books and recommend more international poets to China. Because I hope that I can make my own contribution to the dissemination and exchange of culture very much. At the same time, due to China’s special national conditions, China’s network is not accessible and can not easily communicate with foreign people, which makes almost all Chinese people’s thinking very narrow. At the same time, foreign people who interest in Chinese culture don’t get complete information too, so, Since I can connect to foreign networks, I have the responsibility to do this and reduce more cultural misunderstandings nowadays too. This is very meaningful indeed.

A phrase that you like and inspired you. “Where there is liberty, there is my country.” 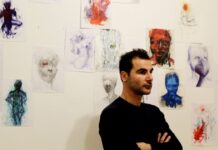 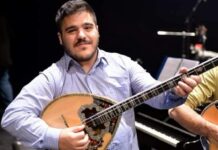 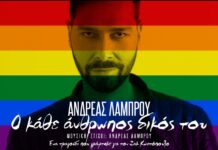