“Balance of Terror’ is primarily a nod to the best classic Star Trek episode (Star Trek: The Original Series: Season 1, Episode 14). It’s also about the balance of power that has built up over the decades . The music video was filmed along the coast in the Cape Spear area of Newfoundland. There is some footage of the large guns that were part of Newfoundland’s coastal defenses during WWII.”

Founded by Artach and Category VI guitarist Geoff Waye, Triskelyon was launched in late 2021 as a studio only project. In January 2022, the band, backed by vocalists Pete Healey and Marlee Ryley (Hyperia) and drummer programmer Raul Marques (Burning Torment), introduced themselves to the metal world with a self-titled 3-track EP.

‘Downfall’ was composed and written primarily by Geoff Waye, with Raul Marques programming the drums. ‘Downfall’ is the band’s next evolution and their first full album, featuring a variety of male and female guest vocalists from Oberon, Hyperia, Catagory VI and Incidium are to be heard. “Downfall” has a sonic breadth and depth unique in today’s modern thrash metal scene, setting the band apart from the hordes of young new acts. Triskelyon also has guest appearances on bass from members of Afterforever and Category VI, making Triskelyon a true supergroup on the Canadian metal scene.

Portraying a post-apocalyptic view of nature on our increasingly screwed-up world, Triskelyon are in the tradition of ’80s thrash with doomsday and self-empowering, socially conscious lyrical themes. From straight-up ’80s thrashers like “Odyssey (Blessed by Steel)” to the power metal-heavy “Find A Way” to anthemic thrash tracks like “Hunger” and “Willful Ignorance,” “Downfall” becomes itself will satisfy the most demanding old school and modern thrash metal fans! The album even includes a unique and thrashy rendition of the Billy Idol song “Nobody’s Business”.

The album was mixed and mastered by Michael Small, with a post-apocalyptic cover art by IvanMR11. 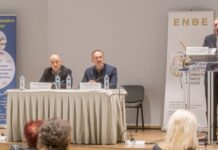 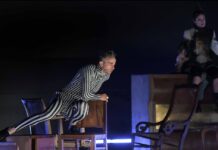 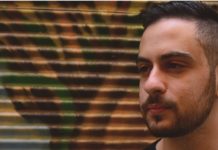 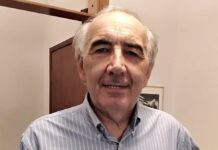