A new book by a Korean researcher on how to build the Great Pyramid Dr.Reda Abdel-Rahim

The Great Pyramid – of all the pyramids of Egypt – has received great attention from historians…The first of them was an ancient chronicler, the Greek historian Herodotus (340 BC.A.D.), and then the Egyptian historian the samnodian priest Mainton (280 BC.Then came Diodorus Siculus (56 BC.M.), The Roman geographer Strabon (24 BC. M).

As for the Byzantine Jewish traveler(Filon), he counted the Great Pyramid among the Seven Wonders of the world, and talked about it in his book(Natural History).It was also later covered by the pens of historians such as Al –maqrizi(1360-1442 ad), and many Muslim writers and poets ..But they all took up the description of the pyramid from the outside and avoided entering it; therefore, the secrets of the pyramid’s interior remained hidden in darkness and silence until the second half of the eighteenth century…Europeans began to tread the sand adjacent to the pyramid in the hope of uncovering its secrets and studying it.

The most pressing question – ancient-modern-was why the Great Pyramid was built , A lot of theories based on contradictory explanations have emerged, including :the encyclopedist Diderot believed that the Great Pyramid was built to transmit information that has passed to the next generations, and Gerard de Nerval says that the pyramids were used as repositories of secrets.

Some said that the pyramids were built to be enormous beacons guiding caravans in the desert and ships in the Nile. Astronomer Proctor said that the Great Pyramid was intended to be used as an astronomical observatory to monitor the movement of stars… The Frenchman Barbarin concluded that the Great Pyramid is a duplicate of The Shape of the universe, and Helena Blavatsky said that the pyramid in its external form symbolizes the principles that form the basis of nature .And so on until finally a new science called pyramid ology appeared, which confirms that this pyramid in front of which we are standing contains mysterious secrets. One of the simplest proofs of this is that the height of the pyramid in meters multiplied by a billion is equal to the distance between the Earth and the sun.

With all these assumptions, however, it is true that all the pyramids, including the Cheops Pyramid, are nothing more than royal tombs, and they had no other purpose, and this was the opinion of the Modern School of archaeologists.

If the explanation of the function of the Great Pyramid in particular and the pyramids in general has so far been vague about the statement, then how to build the pyramid stands as a mystery to minds and hearts throughout history, where the human mind, despite the science it has reached in the modern era, has been unable to reveal the secret of its construction, size and perfection, which, from the point of view of the author of the article, is the true criterion for the secret of its greatness.

And far from the myths and nonsense that some have woven about the aliens who built the pyramid and returned to heaven!! Also about the size and magnitude of the lost children of the continent of Atlantis (Giants), who had a role in the construction of this huge edifice!!

We are standing in front of a modern scientific experiment simulating the construction of the Great Pyramid-it shows the greatness of what our ancestors did- In 1978, Japanese researchers tried to build a miniature pyramid using primitive methods to find out how the ancient Egyptians built it ..But the experiment did not give the expected result. The plan was to cut the stones with chisels and stack them with lifting ropes, and use similar manual means to build a pyramid with a height of 20 meters, using stones weighing only 4 tons each, with the participation of 100 Egyptian workers, and direct funding from Japanese television .The research team started its work, where the parties agreed to turn the whole experience into a documentary film for Japanese television in agreement with the Egyptian government that the small pyramid of the “experiment” will be removed after its completion and the area will be completely cleaned and returned to what it was.

But despite the brilliant minds that participated in the experiment, the team was subjected to several perplexing shocks :at first the team found that the issue of cutting stones weighing 4 tons each using primitive tools such as chisels and others is very difficult and requires a huge cost and a very long time, so they decided to reduce the height of the pyramid from only 20 to 10 meters, and reduce the weight of the stone from only 4 to 1 ton, and the use of pneumatic saws in the cutting process, which was their first use of technology in violation of the purpose of the experiment, and later the team discovered the failure of all means: the transfer of stones from Tora to the Giza plateau crossed the Nile on wooden rafts or even boats, so they used the technology for the second time where they moved Stones on flat vessels .When the stones reached the shores near the pyramid, about 50 workers could only move one stone a few centimeters, which means that the experiment may take several years just to be able to transport the stones from the Nile River to the construction site, so they had to lay a railway to transport them. Of course, they were unable to move the stones to their place at the top of the pyramid, which prompted them to use cranes to stack the stones…They even went so far as to use a helicopter to accurately place the stones in their places !!

Although the team eventually managed to build a pyramid with a length of only 10 meters (Cheops Pyramid rises 146 meters) the exact location next to the pyramids of Giza, the experiment proved to be a failure by all standards, after the team had to use more than one technological means to complete the construction process.

Let the question continue to hesitate and the confusion remains in the minds and hearts…How did the ancients cut stones with such precision How did they transport it across the Nile How did they put it so accurately in its places at the top of the pyramid And most importantly, how did they do it in just 27 years?

There are no definite answers yet…It took 27 years and 100 thousand workers to build the pyramid, and most of its stones weigh a ton 2. 5

In 2021, South Korean Egyptologist Cho Hong-Joon presented a new book entitled The Mystery of the Great Pyramid… Putting his hypothesis on how to build the Great Pyramid, which is a hypothesis worthy of asking and discussing at the beginning, he emphasizes that his hypothesis is better understood by architects, but non-architects often do not do this.The researcher’s hypothesis is based on the fact that building a square pyramid with a height of 146 meters and a base of 230 meters, such as the Cheops Pyramid, is very difficult, but the easiest and logical way to do it is on the trapezoid rule (in mathematics, the trapezoid rule is one of the methods of approximate calculation of the specified integral).

In the book by the American Egyptologist Mark Lehner entitled (The Complete pyramid), he talked about the greatness and difficulty of reaching a square peak like the Great Pyramid, and the South Korean researcher Cho Hong-Joon agreed with the Japanese Egyptologist Yoshimura that it is possible to reach a height of 80 meters using the slope method, after which it is impossible to rise due to the narrowness of the corridors and the height bone, as stated by the Korean researcher: the width becomes narrower, and the length becomes shorter. To achieve the remaining height, it may be necessary to use helicopters.

The Korean researcher assumes that the stones used are equivalent to 600 million tons using slopes – to reach the height of the Great Pyramid of 146 meters with a base of 230 meters, where the number of stone layers in the Great Pyramid reaches about 200 layers, and the lower part of those layers is about 1.5 meters, and generally smaller when climbing, and the upper part is about 60 cm.. Thus, inside it there will be a partial complex of 600 million square feet, and then it is assumed that after reaching the highest point of the pyramid they had to remove 200 million tons of stone from the outside – perhaps these stones were later rotated in the construction of the small pyramids of the King’s wives – and go down a slope of 51.5 degrees.

Since it is the dream of every researcher to come up with a discovery or a fact that confirms his theory without a doubt, we put this hypothesis to specialists in the field of architecture and archeology to refute it and identify its strengths and weaknesses. 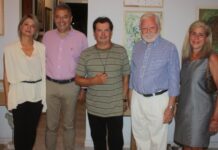 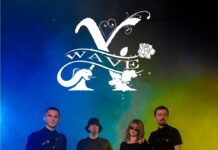