At 8 p.m. on December 29, the ceremony of the 2022 Chinese Literature Festival, hosted by Hubei Provincial Literature Federation and undertaken by Hubei Yujiaolong Media and Modern and Ancient Legend Magazine, was held online.

The annual Chinese Literature Festival and the National Literary Artists Creation Exchange Seminar have been held for nine consecutive times, which has had a great impact. Up to now, more than 3000 outstanding artists, poets and writers from all over the country have attended,more than 20 international poets been awarded now too. Affected by the epidemic, the grand ceremony has shrunk in scale and changed its form in the past two years.

And also after the strict selection, the first group of 28 writers were selected as lifelong contract writers of Chinese literature. Yanzhi Xiaoma (Wang Xiumei), Yang Chun and Jiang Wenbo spoke as the award-winning representatives.

The International Poet Awards of the Year (5 poets) :

A. At the end of 2022, we’re at a historical juncture, witnessing the important changes of the times. It’s the immortal charm of literature and art and the precious friendship between the vast number of writers and artists that accompany and inspire each other. Looking forward to the future, remember the original intention and mission, and keep pace with the times. We’ll also create more brilliant works in the future. I wish all the winners good health and look forward to meeting again in the spring!

B. Tonight, we solemnly gather on this warm winter night to unveil the winners of the 2022 Chinese Literature Awards. Here, on behalf of Hubei Modern and Ancient Legend Media Group and the 2022 Chinese Literature Award Jury, I would like to extend my warm congratulations to the opening of the conference, extend my warm welcome to all poets and writers who have come to the cloud ceremony, and wish all the award-winning representatives good health and fruitful creation, and make further progress in the new year! I would like to extend my heartfelt thanks and greetings to all the leaders, judges, writers and people from all walks of life who have paid attention, support and hard work to the selection of the Chinese Literature Award.

C. There’s no doubt that the Chinese Literature Magazine has become a banner of the contemporary literature periodical circle, and the annual Chinese literature star road has become a glorious pageant for Chinese literature writers. For this reason, I’m willing to share the joy of literature at this joyful year-end node with all literary friends and poets, and at the same time, I’ll drive to the new blue ocean of literary creation with this glory.

Finally, I think we shouldn’t only thank the haze and cold current of life, but also the sunshine and warmth of human nature. We’ll surely gain a rich and full spiritual world and move towards a deeper, farther and wider world.

Congratulations to all the award-winning writers and poets! I also wish you a happy New Year and a bumper harvest! 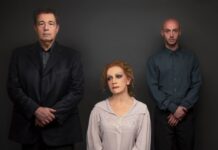 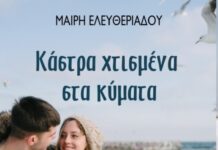 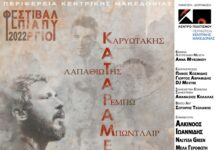