The Past and Present
By Rezauddin Stalin

I missed her so much,
When she was not here past year.
I don’t think about her anymore,
When she is around me this time.

I had plenty of fruits last year,
I even did not touch any of them.
I have so much craving to have some now,
But there is no more this year.

Once I thought to become a wealthy one.
Money seems useless to me now.
I had never been there where I did travel in fact.

And, it is me, was not anywhere
I am now here today in your depressed conversation.

One Footstep Away
By Rezauddin Stalin

The door to hell
Rezauddin Stalin

He asks `Is Nazrul here
The rebel poet?’
I want o meet him
Find out his gait

He waved his stick
Are you Nazrul?
He gave a lecture
Wrongly using English like a fool

“Go”, said he
Nazrul was going back from hell
He turned and asked
Have you heard of poet Byron?
Of course, who hasn’t?

Do you remember who ruled
At that time?
Said no ,who’s he?

Nazrul smiled
Many years later
People will remember only me
Not thee!

He refused thirst
Thrown away aarti
And all offers tempting

He is afraid of losing his way again
Stood in the middle of patience
And slowly turned
A waiting rock.

Rezauddin Stalin is a well-known poet in Bangladesh and beyond and is born on 22nd November 1962 in Jessore, Bangladesh. He has done his Bachelor’s degree in Economics and MA in Political Science from Dhaka University. He is the former Deputy Director of Nazrul Institute where he was employed for 35 years. Stalin’s poems got translated into most languages in the world and he is also a well-known TV anchor and media personality in Bangladesh. Stalin is the founder and chairman of the Performing Art Center and is also the senior editor of Magic Lonthon – a literary organization.

Rezauddin Stalin’s total number of books are more than 100 now and his Wikipedia link is: https://en.m.wikipedia.org/wiki/Rezauddin_Stalin

He has received many awards and some accolades are:

His Social Media links are: 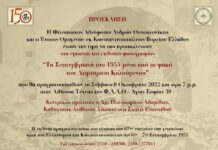 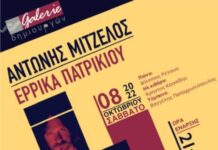