Emina Đelilović-Kevrić ( born December 12, 1989 in Travnik) is currently living in Sarajevo, Bosnia and Herzegovina. After studying  the B/C/S (Bosnian/Croatian/Serbian) language and literature at the Philoshopical Faculty in Zenica she got her master’s degree on the subject „Memory construction in the South Slavic interlinear community: typical models of the war camp experience in literature“.  She has published her writings in the regional magazines and internet portals ( Strane, Afirmator, Život, Astronaut, Čovjek-Časopis, Vavilonska biblioteka). She is the author of the poetry collection „ This time without history“ ( Dobra knjiga,2016) and the short stories collection „ Erased lives“ ( Dobra knjiga,2021).  Her collection of poems „ My son and I“  is awarded by the  Publishing Foundation of Bosnia and Herzegovina in 2021.

A woman from our neighborhood
She accidentally fell from the seventh floor last night
They say she loved him madly
They say her apartment always smelled the best
That her bathroom was always disinfected
Every week she up two Domestos and two hydrochloric acids
She smiled at everyone and said good day.
The children were always clean, tidy and polite.
She cooked in the morning, and then took them to the park
Put them to sleep, then cooked, then took them to the park again
Jacqueline was just reading supermarket catalogs
She watched the discounts and thought about what to buy
for those ten, twenty marks that he leaves behind.
Jacqueline had clumsily drawn eyebrows,
And eyes that managed to examine in the evening
some Turkish series, and tomorrow morning they retell it with ease
to some neighbor they meets along the way.
She had her favorite actors and him who was almost never there.
Jacqueline only sometimes didn’t know what to do.
She would just lean on the balcony and watch the birds.

I was chasing a rabbit around the apartment
Throughout my whole dream last night
In a hurry I broke glasses in vain
And banged my head on the poles
The rabbit was always faster
That white noble rabbit with glasses
What would make the perfect pet
He always looked one step ahead
He didn’t smell and he wasn’t scary
When I saw that I was too short to catch him
I was looking for a hole to crawl into
Because there were never any magic potions in my house
That’s how I would trick a rabbit
Maybe he’ll follow me into a cool fairy tale
On the TV they broadcast devastating and relentless
spring rains
I should never have trusted the spring rain
Nor that there is a hole here in which I can save myself
Before I turned off the TV.
Before I woke up.
And drank the first morning coffee.
I don’t know why I’m smiling so much,
And the morning has just begun
It’s just that my siphon broke again.
And my home is being soaked in strange waters
Foreign worlds
You have no right to complain, I’m telling to mine
interlocutor for whom I prepared a cup of coffee.
Love, let’s go buy a rabbit
He answered before calling the repairman
You’re too lonely, and it’s been raining for days.
I’m afraid for you, he said before I could
say anything.

A woman who greets trains

Some woman is carefully
Watching the blade of grass rise
From the land of hope
The earth must be full of secrets
But I don’t want to talk about her in the future
When the sun is finally in the middle of the sky
She will fall in love again with the train going to Ljubljana
And transports the grain of unmasked lovers
When the sun is finally in the middle of life
All the bras on her balcony will be dry
Cups for her breasts, yellow, white, gray, black
And with yellow fingers, she’ll be ready to see off the train
In which he will never sit
I watch her from the balcony across the street
And I want to shout to her that the trains for a long time
Reek of journeys to death
Just as I’m about to leave, I think it’s just
Another stupid association with prematurely ruined lives
And love in war
And then when noon rolls around she picks up her bras
And she rushed into the house as if an unexpected flood was about to hit
Tomorrow morning, she starts all over again
And waits for the train
Until the creeping grass turns into a dark obelisk
And I can’t shout to her that since long ago the trains smell like journeys to death.

The woman who convinced her dolls to be alive

The woman who convinced her dolls to be alive
Lives right above my apartment
In the morning I hear the dolls changing their voices
While sipping real homemade coffee
The woman shouts how good the morning is as soon as it comes
And how she won’t go anywhere today
How yesterday and today came together in a monologue
How they went to the store yesterday
How they will brush each other’s hair all day long
Wash, clean, cook and then groom
Their porcelain skin
The dolls retreat to the corners of the apartment in disappointment
I hear them banging their heads against the already cracked walls
The woman desperately swears that their roles are almost ready
And that she hadn’t hoped that history was so schizophrenic
That she will sell her soul to the devil if she has to
But the devil is no longer interested in Faust
God only knows how much she paid for her room
But that it also became her enemy
In the evening, I can only hear her voice slowly fading away
While putting on them her last promises
And she whispers with her lips if anyone else believes her. 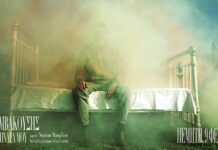 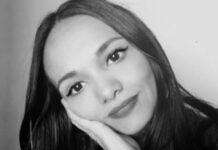 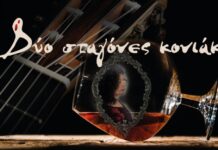 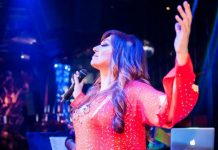 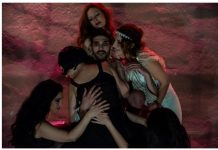 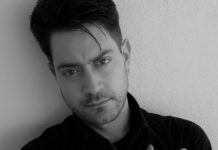 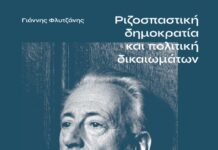