In 1902, Gaston Maspero, who worked at that time as director of the Egyptian antiquities department, looked forward to organizing archaeological excavations in Egypt, and presented an initiative to allocate areas for foreign missions to conduct a specialized scientific study and release the results of its excavations later, and of course Giza is no less attractive than the valley of the Kings, which And it remained until the emergence of archaeological schools that played a large role in uncovering Egyptian civilization such as the Russian school and finally the Japanese school،

This year marks more than fifty years since the first Japanese expedition to Egypt, a relatively modest history when compared to European excavations in this area, but is it realized here on the land of Egypt what is known as the Japanese paradox: Japan is the country that has acquired in the most continuous form the most exciting achievements among the achievements of European Physical urbanization, and uses it in the most

The difference between Japan’s progress and Europe’s progress is, as the Europeans themselves have acknowledged… To wear the Japanese don’t know is wearing the in Europe, and this nation, eastern yellow May has in a quarter of a century, Europe did not occur only several centuries. I have decided to start through this dialogue with one of the flags and symbols of this school, the young Japanese Egyptologist Dr. Nozumo Kawai (director of the joint Japanese-Egyptian mission operating in North Saqqara)

And Where Did you study ancient Egyptian civilization? I studied archaeology at Waseda University in Tokyo in 1987, and I was the only one in Japan to study Egyptology, and then Professor Yoshimura established an Egyptology program that follows the Department of Archaeology, I studied with him and later worked in this program as his assistant .Got a bachelor’s degree  ..When I graduated from college I studied minions stone in the modern state of ancient Egypt in one of Tel el-Amarna, and got a master’s in 1991, and completed my Ph. D. in Egyptology at the Johns Hopkins University, United States of America in the period between 1995 World و2005م. My doctoral thesis was on the period of Tutankhamun’s reign through antiquities, which took ten years was a truly rich and vital period, and I focused on the relics of the restoration of the ancient religion of Amun after Akhenaten abandoned it.

The following year, 1989, I returned to Egypt on a new excavation mission in the valley of the monkeys also in the Quran.

What is the history of mission work Waseda University in Egypt? Waseda University mission began its work in Egypt since 1966 by doing various studies on the Nile River area in Egypt, and so far the mission is working and achieving great scientific achievements.

What are the most important archaeological finds of the Japanese expedition in Luxor? But the most important discovery, led by Dr. Sakuji Yoshimura, is the discovery of the effects of “fish Kum”. In January 1974, it was at this time that the first funerary temple of Imhotep III of the modern state was found, dating back 3400 years from now. This was a great achievement that the news of the world talked about.

As a member of the expedition, she participated in the discovery of Tomb No. 46, which is located approximately in the middle of the hill of Sheikh Abdul Quran, in the western part of Luxor, for its owner Ra-moz-there is a chronologically older Tomb, bearing the same name No. 55, which is for the mayor of Thebes-who In the post-Amarna Period, probably under Tutankhamen and AI, this It proves that the temple of ATON was still functioning even after the Amarna Period. She also participated as a member of the team of the Japanese mission in Tomb No. 47, which was discovered by the Japanese mission in 2007 headed by Professor Jiro Kondo.

What are the most important archaeological finds of the Japanese expedition in Saqqara? In December 1991, the Tomb of the fourth son of Ramses II of the modern state was discovered in the southern hill of Abu sir on the outskirts of Giza. In addition, traces of Dahshur North were discovered in 2005, which are 4 of the tombs that were not stolen. Recently, we found the first Roman crypt in Saqqara, and this is the most important archaeological discovery in 2021.

What are the differences between Saqqara and Luxor in the field of excavations? I think there are many undetected areas in Saqqara, but in Luxor there are many royal tombs and temples, and I think the size of the archaeological remains in Luxor is relatively larger and more detailed.

Yes, that’s a fact… The main trend is the restoration and reconstruction of monuments while continuing to use modern technologies, of course in the excavation of new monuments .Waseda  University has trained Egyptian cadres who are currently working in the field of restoration, especially those working at the great Egyptian Museum ,in addition to the rescue and restoration of the timber of the Khufu II compound and the reconstruction of the compound, there is a restoration project of the Tomb of Amenhotep III in the western valley of the valley of the 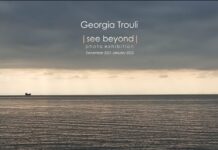 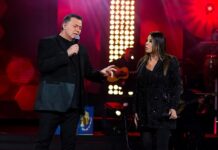