Share your thoughts on the future of literature. To understand the future, one must know the past and present of literature and consider that given its characteristics as an inexhaustible source of creation, it is the most endearing resource given by God to human beings -I have at some point said that it is part of the DNA of the Creator among us – to confront the moral and spiritual chaos that besets humanity. In the past it was, in the present as well and nothing allows us to infer that in its prospective, immediacy or future, not being a power, that in the hands of capable, honest and talented people, it will be able to continue working for the soul of the peoples of the earth.

When did you start writing? Since I was a child, because I was born a poet, operating in the maternal source to be one. Even in the wonder of those parts, my parents made me listen to Vallejo, Neruda and the great classical French poets. That’s why when I got to know the magic of words, I took on the challenge of conquering them, of entering their fabulous and even magical world to make commitments with the language, literature, humanity, the planet and life.

The good and the bad. In literature and especially in poetry, the totality can be summarized, that is, all the good that God has created in the Universe and it is up to poets and writers to assume that responsibility with honest stubbornness and persistence. The bad comes from the indifference of the States and society to support what amounts to a social service in favor of the human soul and also from the upstarts who believe that literature is an exercise in that mediocrity that leads to nothing and that they only produce selfishness and querulous envy. The true poet and writer knows that he has to train himself to be better and aspire to excellence and find his own style, for which he has to read and write with intensity, loving what he does, changing, living, feeling, creating because that is a way of aspiring to happiness that many believe to be a euphemism and a utopia without a destination.

Who is currently winning? Ours is a world that has been won by the prince of lies and it is necessary that the poets and writers of the world, assume from their perspective and prospective the defense of the ways of honesty and dignity, to avoid being flooded with ideologies that come from hell. For this purpose we must reconceptualize everything, write a new history and understand that this, for that reason, must be the century of a new literature that assumes its commitments with humanity, the planet and life.

How many books have you written? More than forty books in the genres of poetry, essay, short story and novel.

And where can we find your books? In the libraries of the world and in cyberspace in all its tributaries, from Google to where the doves of delirium moan and books are reproduced without the author’s permission to favor petty interests.

The book. E-book or hardcover book What will the future be? We already live in the future of the virtual, electronic, cybernetic book, but in my opinion it will share roles with the traditional, material, physical book, with fragrant pages calling for reading, which will never disappear.

A wish for 2022. That humanity understands that it must support its poets and writers, because a people will never be educated if it excludes and ignores them for preferring banality and ignorance. A sentence from your book. I’m going to invent a planet for those who will be born tomorrow.

LAWYER, JOURNALIST, POET AND WRITER, FOUNDING EXECUTIVE PRESIDENT OF THE HISPANOMUNDIAL UNION OF WRITERS (UHE) (1992-2022), FOUNDING EXECUTIVE PRESIDENT OF THE HISPANOMUNDIAL DOCTORAL FACILITY OF GLOBAL LEADERS HONORIS CAUSA (2022), HONORARY PRESIDENT OF CENTRAL AND SOUTH AMERICA UNITED NATIONS ACTIONS AGAINST CLIMATE CHANGE UNACCC (2022), INTERNATIONAL DIRECTOR QUERÉTARO CAMPUS OF THE SMART UNIVERSITY OF MEXICO: INTELLIGENCE EDUCA. (2022), CO PRESIDENT OF WORLD NATIONS WRITERS UNION, OF KAZAKHASTÂN (2019-2022), UNIVERSAL AMBASSADOR OF PEACE IN PERU OF THE CIRCLE OF UNIVERSAL AMBASSADORS OF PEACE GENEVA-SWITZERLAND; PARIS FRANCE (2005-2022), ACADEMIC OF THE ROYAL ACADEMY OF CORDOBA, SPAIN (2016-2022), PRESIDENT IN AMERICA OF THE ASSOCIATION OF POETS OF SPAIN (2019-2021), NOBELIZED FOR THE NOBEL PRIZE IN LITERATURE 2022 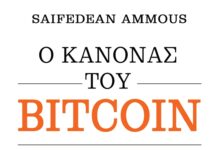 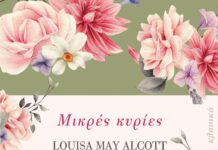 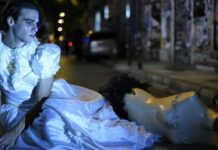 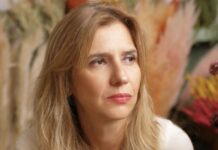 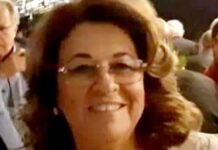