Delphi Economic Forum, Athens, Greece, has invited Mr. Goel, in his official capacity as the founder of the Modern Pythian Games, to address their annual general meeting as the keynote speaker, to be held from April 6–9, 2022, at Delphi, Greece (origin of the Pythian Games). This annual general meeting of the Delphi Economic Forum is being held under the auspices of His Excellency the President of the Hellenic Republic of Greece, who opens the forum on the first day and is addressed by the Hon’ble Prime Minister of the Hellenic Republic of Greece. Mr. Dalip Singh, IAS, former Chief Election Commissioner of Haryana and President of the Pythian Council of India, will accompany Mr. Goel during his 9-day visit.

Before their departure, Mr. Goel and Mr. Dalip Singh called upon Mr. Govind Mohan, Secretary, Ministry of Tourism and Culture, Government of India, and briefed him about the developments. They shall meet the Indian Ambassador there in Greece during their visit to brief him on the Pythian Games.

Mr. Bijender Goel said that it is a great moment when modern Pythian Games inspired by the Greek history of ancient Pythian Games are being resurrected in India. I was proud when Delphi Economic Forum recognised this development and invited us to present the concept of Modern Pythian Games to the world and created a special session on this in their meeting. I shall be speaking on the topic of how Pythian Games can play an important role in the global economy in a post-COVID scenario, and how they can play an important role in the global economy and contribute to maintaining peace and harmony through arts and culture.

The Pythian Games are to art and culture what the Olympics are to physical sports, and they were held in parallel with the Olympics in ancient Greece. The Pythian Games were one of Delphi’s four Pan-Hellenic Games and were in    existence prior to 582 B.C. and were discontinued in 394 A.D. along with the Olympics and other Pan-Hellenic Games. There is evidence that Greek artists competed each year in accordance with the Delphi Peace Agreement. Delphi’s history shows a strong commitment to art, culture, tradition, and education.

Baron Pierre de Coubertin reintroduced the Olympic Games in 1894 and wanted to revive the Pythian Games too. Instead of a resurrection of these games, he incorporated artistic competitions into the Olympics, which were modelled after

Ancient Pythian games. Individuals from every country participated in music, literature, architecture, and artwork between 1912 and 1948. The International Olympic Committee (IOC) discontinued such competitions in 1954.

Mr. Goel said that “the arts and culture have long been a power that links not only the heart and soul, but entire societies and nations together, but our artisans are still struggling for opportunities and don’t have the right platform to showcase their work, despite it being a multibillion-dollar industry that is today scattered into an unorganised sector. We need to make the arts and culture industry more organized. This can only be done with the help of the multi-level organisational approach of the modern Pythian Games.

We have given legal shape to the International Pythian Council as a non-profit, non-political, and non-religious organization, and it will take shape soon as the supreme authority of the global Pythian Games. It is set to create history by resurrecting the Modern Pythian Games of Arts and Culture with the backing of over 80 nations, soon from Delphi, Greece. This visit will play a very important role in finalising the dates and the grand revival ceremony.

Mr. Goel also said that the expert technical committee of the Ministry of Culture, Government of India, has found “Pythian Games” relevant in an official communication and asked for additional information.

The Pythian Games will be held every four years, and any national or state council should be able to bid for them with the assistance of their governments in order to host them. The various events have been created in different art categories and the games, festivals, and engagements will take place in each of the eight primary creative fields: musical arts, performing arts, visual arts, social and traditional arts, language and literary arts, architecture and ecology, robotics and digital arts, martial arts, entertainment games, adventure games, traditional games, and support in reviving dying art traditions. The sentiments from the Pythian Games are transforming into a global movement to support artisans, and that’s what our Hon’ble Prime Minister, Shri Narendra Modi, desired in his recent speech on “MAN KI BAAT”. 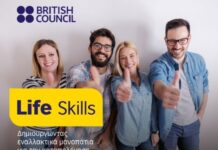 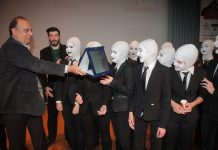