Master in letters from the University of Barcelona, Spain. She is a writer, researcher, poet, essayist and academic. Doctorate from the Mexican Institute of Leaders of Excellence (2018). Director of the Center for Women’s Studies at the National Academy of History and Geography (ANHG) and director of the ANHG UNAM International Festival of Women in Letters. Co-director of Editorial Floricanto, A.C. and director of La Casa Estudio de Crítica CDMX. He has published 14 books of poetry, in Mexico and Spain, and a book of essays, Anatomía del Erotismo en Griselda Álvarez. She directs the “Alicia Reyes” Literary Creation Workshop at the Capilla Alfonsina (INBAL), and is the director of the cycle of conferences “The poetics of intelligence” at the Women’s Museum (UNAM). She coordinates the poetic program of intelligence in “Mujeres a la tribuna” IMER and coordinates the literary capsule in ASTL.TV. Co-director of the National Network of Alfonsine Women. Correspondent of the magazine Literarte Bilbao, Spain. Author of numerous articles on literature in national and foreign magazines and newspapers, scholar of new literary forms.

Tell us about your self And your book

I started writing poetry when I was very young, for me it was always a need for expression, a part of me has always lived through the word, through literature, the power to name the world from my own perspective. In every poem there is for me a first flash, even a flash prior to the instant that we consider the poem’s detonator and that previous flash is before thought, rather elusive and difficult if not impossible to grasp, much less stop: a few attempts to that essential moment a trigger appears, each poet must have his own, for me that trigger is the world, which has been changing through the years, so the poem also varies, it modifies, it resorts to other moments, instant detonations, but my voice has not changed, I am the same constant voice that tells the world every day.

What poetry means for you?

Defining poetry, that is a great challenge. Poetry is a guest or a path, a place or a presence, a different way of naming the world, said Octavio Paz. Since the beginning of time it is believed that philosophers, mystics and poets drink from the same watering hole, so that gives me a universe from which to encompass the world and the history of man through poetry. If you want to know about the history of a people, read their poets.

You are traveling to Greece in the occasion of Lea. Literature Festival Is the first time in Greece?

No, I was in Greece five years ago, I arrived in Athens and poetry arose freely under the intense heat that dissolved the consciousness of the body underwater.

Tell us a phrade that inspires you.

Maria Zambrano wrote: “Writing is defending the loneliness in which I live”, that is something that defines me too.

What are you thinking about literature after covid era….

We are living in times of generalized globalization, which allows us to have a broader perspective of the world, but I think that the place of creation comes from being, from the vision that one may have of the world, indeed these years of pandemic have marked us in a different way in the way of glimpsing our reality, the people and the spaces that we inhabit or that we visit, traveling has built me a lot, traveling is knowing and learning about the world, and knowing about the world is perhaps getting to know ourselves better themselves.

What are the plans for the future…

I have many plans, especially to continue writing, now I have three unpublished books and a couple more that are being built. 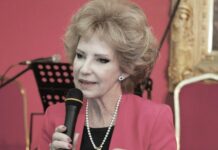 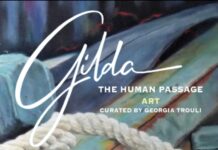 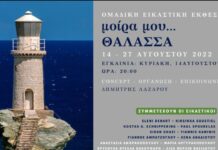