Holidays, whether calendar or family, preserve in their manifestations sacredness and warmth, mass, and the idea of the impact on public life and nature through the magical. Many elements of different pagan and religious rituals are mixed into the holiday system of Bulgarians. Our traditional calendar is structured mainly on two temporal pillars: spring – from St. George’s, and autumn – from Dimitrov’s Day. From Dimitrovden onwards, nature dies to wake up in spring. In autumn, with the fading of nature, the winter holidays begin and the rituals are a kind of preparation for the awakening of nature.

The cultural memory of Bulgarians has preserved in the traditional holiday system the influence of elements from various pagan and religious layers, unaware of this aspect of the local population in the regions. But this religious syncretism is a reason to accept as important for us the time-established attitudes of tolerance, respect, and continuity. In this sense, the celebration of Christmas is one of the most important holidays for a Bulgarian.

In Banite, Smolyan region, and the surrounding villages, this holiday is called Kòlada. People say that Kolada is six days after the first of January. Therefore, it is on January 7 as a reference to the old Christian calendar. Everyone in the family welcomed Kòlada and in the evening expected Boganýš to enter through the chimney. Therefore, the doors were locked with the right hand and tarred. These rituals reproduce pagan magical actions with a protective function.

Holidays and rituals are filled not only with wishful thinking and mysticism but also with sensuality. Here as in all parts of Bulgaria, a traditional feast – “kòladnitsa” that contained beans, corn, cereal plants and dried fruits was cooked. This is done so that the fire is not empty, family happiness does not go out, and for fertility.

The entire rite is aimed at magically “making” a favor for a future happy life for the family or for marriage through the ritual of “koladene” associated with marriage calls to the river.

In the village of Ognyanovo, municipality of Garmen, they say that they also celebrated Christmas on January 7. The carolers were going around and calling for blessings and health to everyone, regardless of faith, and the host donated them. Then they took holy water and sprinkled it everywhere.

In this holiday, as in the others, it is very important that all actions and names follow the principle: likeness begets likeness.

At Christmas, for example, in the village of Poletkovtsi, Kula municipality, Vidin region, the ritual bread with a cross, manger and animals is very important. On Christmas Eve, the table was burned with this bread for fertility, good health, and livestock in the house. There were also carolers, who were calling in the house for health and harvest, and the owner had been giving them whatever he had.

For Christmas, a pig was butchered in every house. Folk thinking had also created another rite related to young maidens and their domestication – the calling of rings. The maidens’ rings were placed in a cauldron of water. They stayed outside at night. The next day in the courtyard, the girls took them out and called what kind of boy they were going to marry. There is much in common in the holidays and beliefs of our people from different parts of the world.

In the town of Kula, Vidin region, on the sixth of January, it was Christmas Eve, and carolers came to the houses for blessings. Then the owners gave them bagels. Oak or cherry wood was burning in the hearth. A lean dinner had been prepared, which consisted of beans, roasted pumpkin, garlic, patterned salt, walnuts, lean stuffed peppers and sarmi, and a ritual bread. An incense candle was lit in the middle of the ritual bread. It was lit three times from left to right by the oldest in the house. It was called for health and prosperity in the house. Then everyone took a nut and checked their luck during the year. If the nuts are full, then the year will be good for the person. If not, bad luck. Everyone took some of the garlic at the table to protect it from bad things. It was known according to a legend from ancient times that from this day until St. Vasil’s Day are the dirty days and unclean forces walk.

After dinner, the eldest did not sleep so that no evil may befall the House.

The next day is Christmas itself. A pig was butchered and general merriment began.

There is a lot of festivity, kindness, respect, and reciprocity, reflecting the spirit of the Bulgarian, in this festivity.

(The materials are part of a scientific analysis by Margarita Vanova Dimitrova). 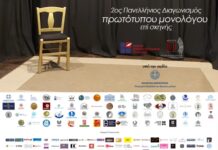 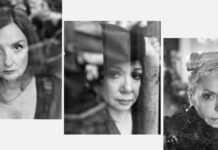 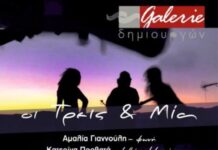