Andreas C Chrysafis was born in the village of Ayios Ambrosios, Kerynia, Cyprus. A Greek, a Canadian and a British citizen, he studied and lived most of his life in Vancouver and London where he practiced his profession as an architectural designer. He is a prolific artist and a writer of novels and books including press articles (over 400) published worldwide. He is a strong supporter of Human Rights and Justice, Rule of Law but also a committed activist on the fight against corruption. Today, he lives between London and Cyprus spending most of his time painting, writing and promoting his artwork globally. TITLES:
Aphrodite’s Sacred Virgins: ISBN 9781904578031
Aphrodite’s Sacred Virgins Set in 40-50 AD, Aphrodite’s Sacred Virgins is a formidable novel and all the more poignant given it is based on historical events. It is vividly written with a spellbinding storyline surrounding the demise of an ancient culture of idolatry and the rise of a Messiah professed to be the Son of God and the Anointed One.
It portrays the introduction of Christianity by St. Paul and St. Barnabas on the island of Cyprus to convert Jews and Hellenes into the new faith. It is an inspiring novel that illustrates slavery, debauchery and rivalry between religious cults that pose a threat to Aphrodite Urania’s worship in fertility rites at her Sanctuary at Nikokleia.
The novel transports the reader into a bygone era of intrigue, Christianity and reveals an exciting adventure filled with historical revelations of times past. It’s a book not to be missed!

Andartes: ISBN 9781904578017
Set in the mid 1950s, Andartes (Guerrillas) is an absorbing glimpse into the fiercely fought EOKA struggle for the independence of Cyprus from British colonial rule: the drama all the more poignant given its basis in historical fact. It is a vividly written, brutal, emotional, with a most touching story. Anyone reading this book cannot easily forget it. This absorbing read follows Alexis, whose pride and ideals lead him on a journey that results in his paying the ultimate price.

Porphyra in Purple: ISBN 9781904578024
A freak accident and the discovery of a Codex, takes our young protagonists Nikolas and Christina on a subterranean and intergalactic adventure. They are thrown into a world of bizarre encounters with ethereal entities, parallel dimensions, bellowing chasms, albino fish and a strange black pyramid. Assisted by angelic life forms they reach the heavens where souls are first born. There, they witness the infinite Porphyra at the Gates of Egress alongside the shores of the Forgetful River. Things however, are not what they seem to be, and their journey home takes a strange twist. Porphyra is a wonderful novel full of surprises that generate fundamental questions which have plagued the human mind forever it seems; a most stimulating novel!

Andreas C Chrysafis ART – Vol 1: ISBN 9781904578048
This is an inspirational Coffee Table Book full of original artwork that takes the viewer into a world of wonderful colours, artistry and passion. Each painting not only is pleasing to the eyes but it also gratifies the mind with expressive captions and makes the book more poignant at the turn of each page.
It is a long-lasting Art Catalogue suitable for all ages and offers the viewer an introduction to the artist’s talents and deeper inspiration. Each canvas tells its own story: a story that – for some – not only triggers awe but also a lively debate about these innovative paintings.

Collective Works of Andreas C Chrysafis: ISBN: 9781904578055
A collection of four books written by the same author consisting of: Aphrodite’s Sacred Virgins – an early Christian historical novel; Porphyra in Purple – a metaphysical adventure novel; Andartes – a historical novel of the uprising in Cyprus and Who Shall Govern Cyprus-Brussels or Nicosia? – A political study of EU membership.
The books move from worlds of amazing adventures, conspiracies and betrayal, of debauchery and lust through to real life historical events. The storylines and subject matters of the individual books are as diverse as the histories and cultures that inspired them.

Who Shall Govern Cyprus-Brussels/Nicosia? ISBN 9781904578000
This is an in-depth analysis of the political, social and economic consequences of Cyprus’ relationship with the European Union. It reveals facts, which for years have been kept secret and in the dark. However, few of us are aware of the full implications of joining a centralized, all powerful organization, for it extends beyond the simple benefits of a common market. It is a book for serious reading and debate.

WHO SHALL GOVERN CYPRUS – BRUSSELS OR NICOSIA
http://www.amazon.com/Who-Shall-Govern-Cyprus-Brussels/dp/1904578004 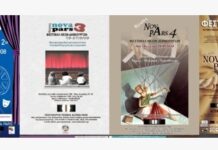 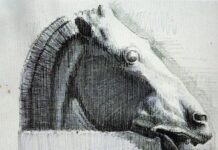 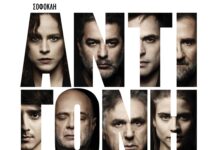 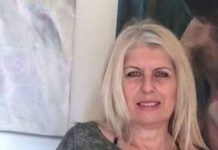 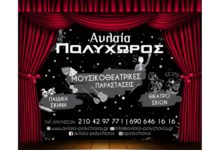