While Descartes was thoughtful of whether he was existent or not,Then, sitting in my corridor, my wife cut fishes.Out of my courtyard some goats ate grassesThe naughty boys took dust in their handfulAnd threw it from each to other.Airing dust domestic cow herd were coming back just before sunsetThe sun was going down with a colourful exhibitionHaving kissed of the departing sun,The leaves had to fall in asleep.There was a hurry in the ferryFrom the river village wives were returning home with the pitcher full of waterHanging all the beauties of the evening in the neck of the pitcher And moving with creating an artistic swing.
All these are perceptiveHow could I refuse? Descartes started to swim in the essence and said,”I think, therefore I am.”

Today‘s midday sky is fully covered With unmoving ashen clouds As a massive depression of the world,As though I were an immigrant Alike a desolate kite in that sky As a growing up image of solitude.

Space-time spreads unfurled hair to a divanEnlightened wisdom.
Narrowing reason is now canceled even if Unlimited reason-searching is a cyclic fallacy.Manly nerval road is now pitched with logical beliefLively aside absolute truth and settled in first reason.
Eventide modernism is certainly an empiric dustbin. Human children have already passed deadly desert And reached to a spiritual world purely experienced.
There is an eternal moon shining in the postmodern sky. It’s now a meaningless debate whether you are exist or not.Since you are first and last, unborn and endless. Reason of reason and so absolute reason.Now it is high time only to touch you, not to debate.
Therefore, O’ postmodern surgeon! Take me to your operation table and split My capitalist chest. Give out dead century’s dusts and purify again. Make me fit for taking part in the absolute meeting.
Let the enlightened moon shine in the spiritual sky To open a postmodern poetic website. 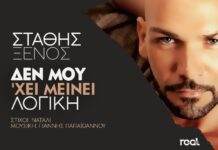