Biography: Poet, author, journalist and critic. Hi is memberships of the Egyptian Writers Union. Founder and Editor-in-Chief of the Flowers of Crafts website and Magazine. His poems have been published in numerous anthologies, various, Literary magazines, revistas, journals and websites. His poems have been translated into more than 6 international languages. He wrote more than 10 books, and many critics wrote about him and his literary works.

Please share your thoughts about the future of literature. When u start writing? With regard to the future of literature, I see that literature has a brilliant future and that it proceeds despite the zigzags caused by technology. However, the writer or literature, if he is able to benefit from it, creates a future for himself, because literature is originally a word, whether it is poetic or narrative, meaning a collection of poets or a novel, but in the age of the image. There is little demand for literature, even in the era of digitization, but if literature, as I said, can employ this technology, then it will have a brilliant future because literature is a person’s breath, as it is an expression of his desires for his aspirations for freedom, for what he sees of imagination and what he aspires to in the near or distant future.

The Good and the Bad. Who is winning in nowadays? With regard to good and evil, it is a relative process. What I see as good, someone else may see it as evil, and what I see as evil, I may see it as good, but in the absolute the strongest wins. Those who take the means of victory win, and beauty remains the pattern of man that he strives for and strives to win by and for him. Good and evil go together from the beginning. Creation, and the function of literature is not in that, although I believe that it calls for hope, goodness, justice, love, and unity, but it is a relative issue par excellence.

How many books have you written? And where can we find your books? My books have reached forty in terms of number, and you can find them in the paper publishing houses that printed them, and they are also available digitally on the Obeikan Digital Library platform in Cairo.

The book. E book or Hardcover book. What will be the future? With regard to the future of the paper book, the book will still exist, even if the demand for it has weakened, because reading has already become weak, and the demand for readable books has become weak. Rather, people are reading through screens and audio, and I think that in the near or in the future, there will be an electronic book, an electronic cover, and the future of digital and technology. There is no doubt about that.

A wish for 2022. A phrase from your book. My wish for the year 22.2 is that peace, news, and beauty prevail, and the world becomes in harmony, and people communicate with each other not for the sake of interests, and wars are not waged for the sake of gains, but rather they communicate for the sake of building, and they seek peace instead of wars. Entitled “From Nearby,” it is a critical book consisting of essays and studies. “The civilizations of nations are measured by the extent of their faith in arts and literature and their endeavor to acquire sciences, beginning with the visual and audio, ending with technology and the world of media.” 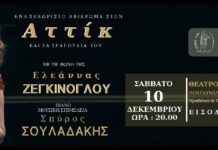 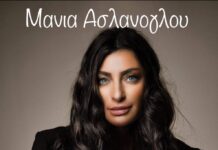 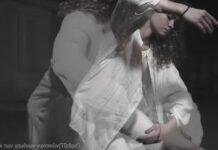 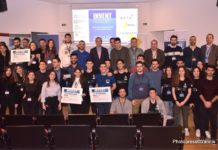