DR JERNAIL SINGH ANAND: Dr Jernail Singh Anand is an internationally acknowledged Indian poet, philosopher, spiritualist and scholar who stands head and shoulders aloft. Hailing from Longowal, [Punjab, India], [b. 1955],  he acquired his Ph.D degree from Panjab University, Chandigarh, and was recently honoured with D.Litt. degree by Univ. of South America. He has to his credit more than 100 books of English poetry, prose, fiction, nonfiction and spirituality. He has innovated the theory of BIOTEXT (along with Iranian scholar Dr Roghayeh Farsi) and CLOUD SYNDROME in Critical theory and is a refereed author. Recently, the University of Neyshabur, Iran, has initiated a research project on his Poetry whose Principal Investigator is Dr. Roghayeh Farsi who has authored a dozen papers on Dr. Anand’s work.

His lyrical epic Geet: The Unsung Song of Eternity [a sequel to Milton’s Paradise Lost]  and Ganterbury Tales, [a modern sequel to Geoffrey Chaucer’s The Canterbury Tales] have been hailed as masterpieces of literary creation. Ganturbury Tales brought him the award of Trendy Tale Teller at Indian Poetic Confluence, Hyderabad. His Epics The Satanic Empire, The Mahabharat: The War of Words, The Plague: The Metaphor is Dead and The Master: The Return of the Prophet are trend-setters in contemporary literary scene, where prose takes the top slot.

His works of spirituality ‘Bliss: The Ultimate Magic’, ‘I Belong to You’ and his autobiographical novel ‘The Broken Narrative’ have been translated into Persian and published in Iran. Bliss has been compared with Khalil Gibran’s ‘The Prophet’ and his work of poetry, ‘Beyond Life Beyond Death’ to T.S. Eliot’s ‘The Wasteland’. Vishwabharati Res. Centre has brought out a COMPANION on Dr J.S. Anand’s work.

As Chairman of Philosphique Poetica, World Literature India and Aazaad Foundation, he has organized 4 World Poetry Conferences from 2019 to 2021.

Do you remember writing your first words of poetry? When was it. Please tell us more about it. Thanks Eva for inviting me for this interview. I started writing poetry at an early age. It was in my mother tongue Punjabi. I was inspired by great post of love Shiv Kumar Batalvi. I turned to English under inspiration from Shakespeare’s works. And my first poem was published in Punjab Univ  magazine The Campus Reporter. One of my earliest writings in English I share below:

Did you have any early influences/inspirations? My early inspiration was Shakespeare, I liked Macbeth in particular… his tragic destiny moved me. Later on while doing Ph.D, I was influenced by Walt Whitman. Much before reading Shakespeare, my thought was shaped by Kahlil Gibran’s The Prophet.

What/who started you writing poetry? It was a self-venting  and self-inventing exercise. It always starts with love poems, poetry of pain of separation. Early poetry was rhyming.

Does your background / heritage influence your writing? Please explain. I come from Punjab, a state rich in resources, and known for its valour. Coming from Sikh background, we are gifted with a particular world view – ‘Sarbat da Bhala’..i.e. Good of All. The foundation of my beliefs is to be found in Sikhism but I have owned all religions… all the good that they preach. I believe that a man is an individual and he is a part of a great system which extends far beyond his nation. If we realise this, our actions would not be in conflict with essential unity of  mankind.

What subjects mostly inspire you to write? Why? I believe in existential spirituality. Man in relation to humanity. The cosmic phenomenon is most of the times the subject of my creation. Godly presence and the phenomenal set up often inspires me to write on man, his destiny, and how man can attain joy by synchronizing himself with the eternal music. All discordance is the result of man’s efforts to wean himself away from nature, and then, to destroy it.

Do you remember your first ever published work? Where, what was it? When? Tell me how you felt seeing your words in print. My first book was Confessions of a Corpse. It was published in 1985 by Writers Workshop, Calcutta. It was a great feeling to be in print. It was the beginning of a great dream… to be a writer above all.

What publications are you most proud to have your work published in, why? I have published more than 100 books in English poetry, fiction, non-fiction, spirituality and philosophy.  Six books were published in my mother tongue Punjabi. I am really proud to have created several Epics, most important and highly acclaimed of them are THE GEET: THE SONG ETERNAL, THE SATANOC EMPIRE, THE PLAGUE: THE METAPHOR IS DEAD; GANTURBURY TALES, THE MAHABHART: THE WAR OF WORDS; THE NASTER: THE RETURN OF THE PROPHET AND THE FESTIVAL OF FIRE.

Languageinindia, a USA based international literary portal has published around ten articles on my work by Dr Roghayeh Farsi, Univ of Neyshabur, Iran. And my own dozens of research articles.

My major contribution to critical theory is the theory of  Biotext.

It is also a matter of pride that the Univ of Neyshabur has initiated A RESEARCH PROJECT: “A Comparative Study of Dr Jernail Singh Anand ‘s Poery with that of  Iranian Poets” whose Principal Investigator is Dr Roghayeh Farsi.

Do you have a favourite genre of poetry?
Why? Tell me more about it. I have written Epics in the western tradition. I write free verse. Rhyming with me is rare. I believe in saying things, and effectively. I don’t waste time on forcing them into rhymes. If it comes without effort, it is okay.

What are your future plans as a writer/poet? Not to stop creative work. I have been inviting many international poets to share the turf with me. In future also, I shall be working for joint works and publishing their poetry free of cost. I am writing for posterity and wish every Univ has my books so that when people in 25th or 30th century stumble on my books, they get an idea of our contemporary times.

What projects are you working on and why? A work in Spanish with Amb Dr Zbigniew Roth  and a work in Arabic with Lebanese poet Hana Shishiny.

21st Critical Thought Vol 1 to 4 have been a great success and Vol 5 is under way.

Postmodern Voices Vol.1 to 6 have profiled more than 30 world poets nd Vol 7 is under way.

Thank you so much dear friend. 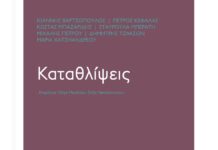 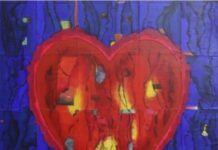