Maltese Metal Heads – ‘ALIGN THE TIDE’ unleash their second track with video – “Unbreakable” from their highly anticipated upcoming album – “Hollow”. The album will be released on August 26th, 2022 via Cleopatra Records. “Unbreakable” is now available on all major streaming services and the video can be found on the Cleopatra Records YouTube channel here. The track is more like an anthem of empowerment, touching on subjects such as inner strength, the tenacity to endure whatever life throws at him/her. To keep fighting no matter what!

Unbreakable recently premiered via Decibel Magazine and the feature can be found here.

“Hollow” is a perfect transition into our new style as Align the Tide, still keeping the main elements but with a refined sound. Expect heaviness, catchy choruses and in your face riffs that will make you dance. We decided to go with a topic such as ‘Mental Health’, in which most people go through on a daily basis. Each song has its own story that most people will relate to as some tracks are based on real life experiences as well as having concepts and stories.

Pre-orders for both “Unbreakable” and “Hollow” are available below:

In case it was missed, check out ALIGN THE TIDE’s first video from the ‘HOLLOW’ album ‘Judgment’:
https://www.youtube.com/watch?v=NM-qcT9E3sY

The founders of the band, have been exploring music genres for the past nine years before settling in the active sound you hear today in Align The Tide! Together, they composed music based on thrash, groove & melodic metal resulting in the recording of their debut album ‘Dead Religion’ & videos for ‘The Golden Throne’ & ‘Welcome to Hell’ from the same record. Merchandise has been designed & produced to accompany the above release.

Upon returning home the band participated in several local gigs & festivals where they have rooted their main fan base before embarking on a mini European tour visiting Germany and the Czech Republic.

Align The Tide are signed to the major Independent record label based in the US – Cleopatra Records. They have released ‘Dead Religion’ as their first opus with their second album ‘Hollow’ due to be released in August 2022. 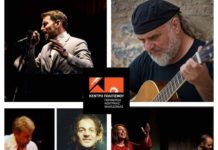 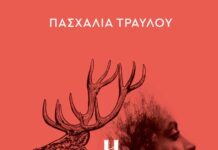